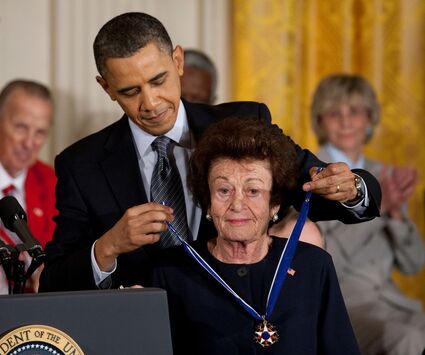 President Barack Obama presents Jewish Holocaust survivor Gerda Weissmann Klein a 2010 Presidential Medal of Freedom, during a ceremony in the East Room of the White House in 2011.

(JTA) - Every year brings the opportunity to celebrate the accomplishments of well-known Jewish icons in every field and to mourn those we have lost.

Here are 18 Jews who died in 2022 and who leave outsized legacies on politics, the arts, sports and everything in between.

The "first woman secretary of state in the United States" label will always follow Madeleine Albright, especially because of her success in such a male-dominated field of policy. But regardless of her gender, Albright's moves as a part of Bill Clinton's administration left a lasting mark on U.S. peacekee...