U.N. exhibit remembers when the world turned its back on stateless Jewish refugees 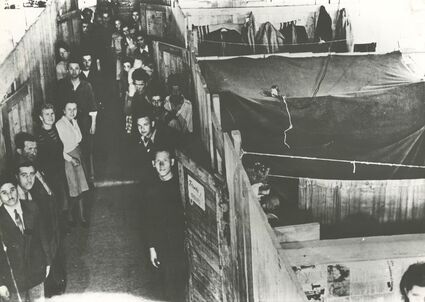 (New York Jewish Week) - In 2017, Deborah Veach went back to Germany, looking for the site of the displaced persons camp where she and her parents had been housed after World War II. They were in suspension, between the lives her parents led in Belarus before they were shattered by the Nazis, and the unknown fate awaiting them as refugees without a country.

To her dismay, and despite the fact that Foehrenwald was one of the largest Jewish DP centers in the American-controlled zone of Germany, she found barely a trace. A complex that once included a yeshiva, a police force, a fire brigade,...