Passover without wine? For Jewish addicts, sober seders are a life-saver 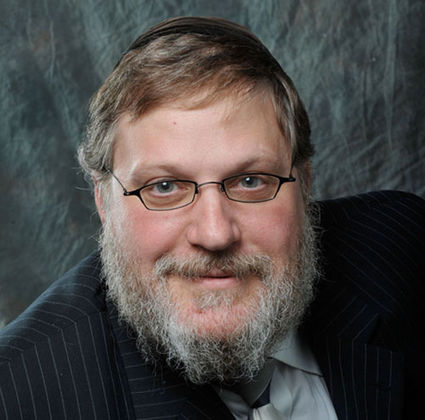 NEW YORK (JTA)—It’s rare that an Orthodox rabbi chooses to omit an important Jewish ritual in his holiday celebrations.

But in the spring of 2000, Rabbi Yosef Lipsker cleared his living room of furniture, set up three large dining tables and invited dozens of people to a special seder that included all the standard Passover observances—except for one.

“When it comes to seders, everybody thinks of the four cups of wine drunk during the service,” said Lipsker, a consultant at the Caron Treatment Center for Substance Abuse and Chemical Addiction in Reading, Pa. “But we said, ‘Listen, we’re going to have you at the seder, but you’re going to have four cups of grape juice instead.’”

Lipsker’s guests all were recovering alcoholics and drug addicts and their families, and his seder was devoid of wine. Lipsker is not the only rabbi organizing sober seders—a dry version of the standard Passover evening ritual. In the late 1990s, several Chabad rabbis across the country, unbeknownst to one other, were organizing sober seders geared toward recovering Jewish alocoholics.

In a little more than a decade, the practice has spread far and wide. This year, sober seders will be held in Miami, Montreal, Philadelphia, Detroit, Los Angeles and London. Hundreds of recovering addicts are expected to attend, raising a glass of grape juice in celebration not only of the liberation of the Jewish people from bondage in ancient Egypt, but of their own sobriety.

Participants in sober seders say the absence of wine not only doesn’t detract from their enjoyment of the event, but can even enhance it. They connect the struggles of recovering from addiction to Passover’s theme of breaking free from servitude.

“It was great,” said Ricky, a 56-year-old recovering addict from Montreal, referring to his first sober seder. “I sat at a table with the rabbi’s wife, kids and other addicts in recovery, and I felt great, like I had a real sense of belonging.”

Ricky credits Rabbi Benyamin Bresinger, who with his wife runs a Chabad addiction clinic in Montreal, with saving his life. He points to the 2008 seder as a life-altering event and continues to attend sober seders each year.

“Before and after the seder we sit around and talk,” he said. “Many of us know each others’ stories by now. For the newcomer coming to the sober seder, there’s a belonging. It’s a celebration rather than a regular AA meeting.”

The sacramental consumption of wine is commonplace in Judaism, used to mark the beginning of nearly every major holiday and the weekly Sabbath dinner. On seder night, tradition calls for the drinking of four glasses as a sign of liberation. Wine also figures in other seder-night rituals: Many Jews have the tradition of removing drops of wine from their cup for each of the plagues visited upon the Egyptians, and a cup of wine traditionally is set aside for Elijah.

Naturally, the ubiquity of drink poses problems for alcoholics and addicts of other substances.

“Jewish law says everyone has to drink wine during the seder,” says Rabbi Yisrael Pinson, who runs the Jewish Recovery Center in Detroit. “But for an alcoholic, it’s a danger of death.”

Pinson cited “pikuach nefesh,” the Jewish principle that saving a life takes precedence over other religious strictures, in skipping the wine-drinking in Jewish rituals. He noted that Rabbi Abraham Twerski, a prominent psychiatrist specializing in addiction, sanctions abstinence for Jewish addicts as a life-saving measure.

“We ask people who attend the seder, ‘What is your personal story of freedom? How did you break free from the shackles of addiction?’” Pinson said. “Obviously, we read the Haggadah. But we also talk about where we are in life. It’s fresh on their minds. They feel the wounds.” 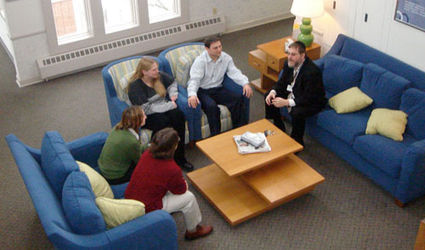 Rabbi Yosef Lipsker speaking to visitors at the Caron Treatment Center for Substance Abuse and Chemical Addiction in Reading, Pa.

For Greg, 24, from New York, seders used to be an opportunity to binge. “Every Pesach, by the third Chad Gadyah we were singing it backwards,” he told JTA.

The son of a haredi Orthodox rabbi, Greg’s family moved around a lot when he was growing up. The first time he got drunk was on Purim at age 10. It was a sign of things to come. By the time Greg met Lipsker in his early 20s, he had become addicted to painkillers and cocaine. With the rabbi’s help, Greg said he managed to overcome his demons.

“For the first time in 23 years, I could be at a seder, feel real liberation and not be finished by the end of it,” he said of his first sober seder with Lipsker.

Greg’s life is now back on track. He has a job working in finance in Manhattan and says he has found value in his Jewish identity. On weekends, he often drives out to see Lipsker, who lives a two-hour drive away. He said Lipsker is saving him a seat at this year’s seder.