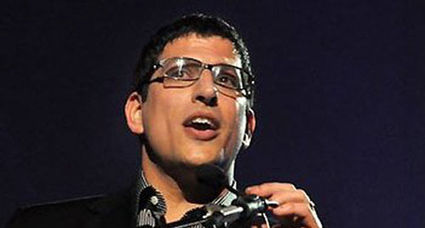 Aaron Weil takes over in June as executive director and CEO of Central Florida Hillel.

The board of directors of Central Florida Hillel has chosen Aaron Weil, a seasoned Jewish community professional, as its new executive director and chief executive officer, effective June 10. This decision coincides with the construction of an ultra-modern 20,000-square-foot Hillel facility, scheduled to open in August at the University of Central Florida.

With more than 6,000 Jewish undergraduate students, UCF has the second largest Jewish student population of any public university in the United States. Increasing demand for Jewish student services led Central Florida Hillel to plan its new facility, located on the ground floor of UCF’s newly constructed NorthView complex, and enhance its activity, visibility and creativity.

“We initiated a national search for an executive director who reflects the ideals of the Hillel organization and will bring an innovative program to serve the broadest possible segment of Central Florida’s Jewish college students,” said Hank Katzen, chairman of the board of Central Florida Hillel. “In selecting Aaron Weil, we are confident that goal has been achieved.”

Since 2003, Weil has served as executive director and CEO of the Edward and Rose Berman Hillel Jewish University Center of Pittsburgh, which serves the University of Pittsburgh, Carnegie Mellon University and other nearby colleges. In this period, he was instrumental in doubling the number of participating young adults from 2,500 to 5,000. Weil also is credited with creating the award-winning J’Burgh program, which is nationally recognized as a leader in Jewish “twenty-something” engagement and community development.

Weil’s professional achievements have earned him a 2011 Richard M. Joel Exemplar of Excellence Award from the Hillel Institute and the 2010 Leonard and Doris Rudolf Jewish Professional Award from the Jewish Federation of Greater Pittsburgh.

“We know that successful Hillels are proven to pivot around talented executive directors, invested local boards, and community and university support,” said Scott Brown, vice president talent of Hillel International. “Aaron is a talented leader in our Hillel network who inspires interest and support through his entrepreneurial spirit. We thank him for his decade of service to Hillel and to the Pittsburgh Jewish community.”

“This is an exciting opportunity for the Orlando Jewish community in general and UCF Hillel specifically,” added Rob Goldberg, Hillel International’s vice president campus services. “Aaron led a dramatic transformation of the JUC in Pittsburgh, and we know that he and his team will continue to positively impact student life at University of Central Florida Hillel.”

Weil will begin his new assignment in Orlando just two months before the grand opening of Central Florida’s highly anticipated new Hillel facility at UCF’s NorthView complex. Jewish students from UCF and surrounding colleges will benefit from a 21st century “Google-inspired” Hillel, designed to tap into student creativity and to empower students to create their own visions of Jewish community on campus. The facility will feature a modern theater, game room, café, lounge areas, meeting rooms and various other amenities.