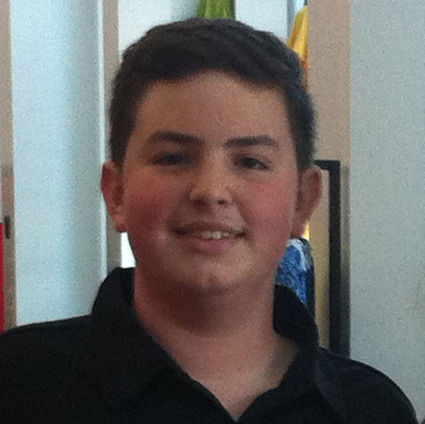 Maxwell Goldstone, son of David and Juli Goldstone of Apopka, Fla., will be called to the Torah as a bar mitzvah on Saturday, April 6, 2013 at Congregation Beth Am in Longwood.

Max is an A student in the gifted program at Apopka Memorial Middle School.  When not involved in academics, Max is active in local theater, either performing or working behind the scenes.  His hobbies include writing, comedy, science fiction, comic books, music, singing, going to the theater, and traveling as often as he can.  He enjoys spending time with his family and friends, especially with his cat, Dreidel.

Sharing in the family’s simcha will be Max’s sister; Maia; his grandparents, aunts, uncles, cousins, friends and his extended theater family.