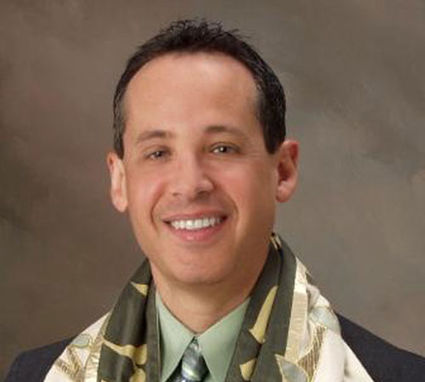 Rabbi Steven Engel of Congregation of Reform Judaism was presented an honorary Doctor of Divinity Degree from Hebrew Union College-Jewish Institute of Religion at the Cincinnati campus this past March. CRJ will be hosting a celebration Shabbat dinner and service in honor of Engel on Friday, April 19.

Rabbi Samuel K. Joseph, Ph.D., who holds the position of Eleanor Sinsheimer Distinguished Service Professor of Jewish Education and Leadership Development, and was one of Engel’s teachers during rabbinical school said, “I know of no other rabbi who cares more about people, gives more of himself to the community and who is more passionate about creating a better tomorrow than does Rabbi Engel. Rabbi Engel so deserves this distinctive award…an honorary doctorate from his alma mater…for his decades of service to the Jewish community in particular and the Orlando community in general. Rabbi Steven Engel is a very special mensch, human being.”

Joseph and Engel have been close friends since those school days, and Joseph will be addressing him and the congregation at the April 19 celebratory evening at CRJ. A unique Shabbat service is in store, to be led by Cantor Jacki Rawiszer.

The April 19 celebration at CRJ will begin at 5:45 p.m. with a catered dinner, followed by services at 8 p.m. Dinner is $36 per person. The dinner is by reservation only. Please contact CRJ to make reservations, 407-645-0444. The reservation deadline is Monday, April 15. Accommodations are available for vegetarians. Please place your request with your reservation. If you are unable to make the dinner, you are welcome to just attend Shabbat services. And vice versa.