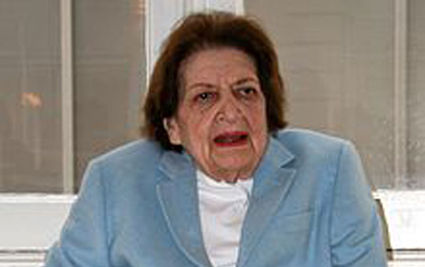 (JTA)—Helen Thomas, who paved the way for female journalists in Washington and beyond and retired after saying Jews should “get the hell out of Palestine,” has died.

Thomas, who reported on every U.S. president from John F. Kennedy to Barack Obama working mostly for United Press International, died Saturday at her home in Washington from what was described as a long illness. She was 92.

She was known for ending many presidential news conferences with the phrase “Thank you, Mr. President.”

Thomas began as a copy girl at the Washington Daily News before joining the UPI wire service in 1943. She started out covering the young Kennedy family, becoming White House Bureau chief in 1974—the first woman to have the post.

In 2000, she left UPI after it was purchased by News World Communications, which was founded by the Rev. Sun Myung Moon, leader of the Unification Church. She was quickly hired as a Washington-based columnist for the Hearst Corp.

At a White House celebration for American Jewish Heritage Month in May 2010, Thomas was asked on video if she had any “comments on Israel.”

“Tell them to get the hell out of Palestine,” Thomas, the daughter of Lebanese immigrants, told Rabbi David Nesenoff of RabbiLive.com. “Remember, these people are occupied, and it’s their land.”

Nesenoff asked where she thought they should go.

Asked to elaborate, Thomas said, “Poland, Germany,” and after more prompting by the rabbi, “and America, and everywhere else.”

“They do not reflect my heartfelt belief that peace will come to the Middle East only when all parties recognize the need for mutual respect and tolerance,” she said.

Thomas resigned several days later after The White House Correspondents Association met to consider stripping her of her front-row center seat in the briefing room.

(JTA)—For the first time in centuries, a Torah scroll will be installed in the Portuguese town of Trancoso, where many Jews lived before the 16th century.

The scroll was scheduled to be installed last Sunday during the dedication of a new Jewish learning center, the Isaac Cardoso Center for Jewish Interpretation, the Portuguese news agency Lusa  reported.

It will be placed in the newly built Bet Mayim Hayim synagogue in the Cardoso center, which the Trancoso municipality built for approximately  $1.5 million with an eye toward attracting tourists, according to the Gazeta de Viseu local daily.

The center opened last Friday at an event co-organized by the Jerusalem-based nonprofit organization Shavei Israel, which does outreach to people with Jewish origins in Portugal and elsewhere.

“More than five centuries after the expulsion of Portuguese Jewry, the streets of Trancoso, Portugal, will once again be filled with Jewish singing and dancing as we bring a sefer Torah to its new home,” Shavei Israel founder and chairman Michael Freund told JTA.

None of Trancoso’s 5,000 residents are Jewish, but the northern Portuguese town used to be half Jewish, according to Freund.

Earlier this month, Portugal’s parliament enacted an amendment to naturalize the Jewish descendants of expelled Jews.

(JTA)—Brazilian archaeologists unearthed what they said are the 500-year-old remains of a Jewish man in Recife.

A report July 18 in the online edition of the Rio de Janeiro-based O Globo described the discovery earlier this month of a perfectly preserved skeleton of a male adult. The skeleton was found during earthwork in Recife, in northern Brazil, where Portuguese Jews in 1636 built the first known synagogue in the New World.

Marcos Albuquerque of the Federal University of Pernambuco, who oversaw the dig around the skeleton, told O Globo he had no doubt the man was Jewish and that he was buried sometime in the 16th century.

“In Christian tradition, it is customary to bury the dead with their hands crossed over their chest, but this man was buried with hands laid alongside his body before rigor mortis set in,” Albuquerque said. “Furthermore, the body was buried in simple shroud without jewelry or any other private belonging and without casket.”

The body was found five feet underground, O Globo reported, during the construction of a tunnel, Tunel da Abolicao, in Recife’s central neighborhood of Madalena. The tomb is situated approximately 1.5 miles east of the Kahal Zur synagogue, which Jews who fled the Portuguese and Spanish Inquisitions built in Recife, which was then still a Dutch colony.

Speaking Sunday at the opening of the weekly Cabinet meeting, Netanyahu said he was committed in equal measure to peace and security in the talks and would put the results to a referendum.

”These will not be easy negotiations, but we will enter into them with integrity, sincerity and the hope that this process will be conducted responsibly, seriously and substantively, and, I must say, at least in the opening stages, discreetly,” Netanyahu said. “This will increase the chances that we will achieve results.” 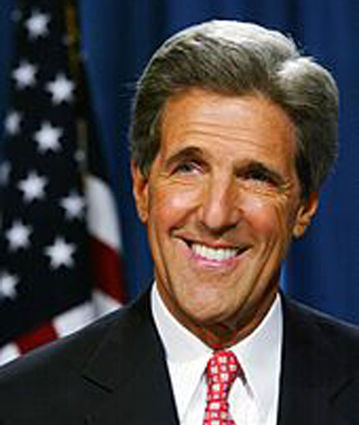 Netanyahu said his goals in making peace with the Palestinians are “preventing the creation of a binational state between the Jordan River and the Mediterranean Sea, alongside preventing the establishment of another Iranian-sponsored terrorist state.”

(JTA)—U.S. Secretary of State John Kerry gave assurances that Israel would release 350 Palestinian prisoners in the coming months, according to a Palestinian government minister.