Talia loses her battle with cancer 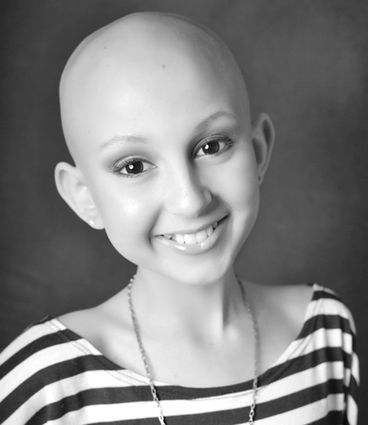 Talia Joy Castellano, known to the online world as Taliajoy18, passed away on July 16, 2013 from metastatic Neuroblastoma, one month before her 14th birthday in Orlando, Fla.

she resided in Oviedo, Fla., New York, N.Y. and Southampton, N.Y. Talia became a YouTube sensation in the last two years of her life after deciding to throw away hats and wigs under the slogan “Make Up is My Wig.” She began making a series of makeup tutorials which, through her knowledge of her craft, creativity and amazing personality, started to go viral on YouTube. Her greatest joys came from teaching her craft, watching her students, or subscribers, grow and knowing she was “doing it on her own.”

Her battle with cancer began when she was diagnosed with Neuroblastoma at the age of seven, on Feb. 14, 2007. In August of 2012, after more than five years of chemo, surgeries, treatments and multiple relapses, Talia was diagnosed with a secondary cancer, MDS or preleukemia. Talia and her family were told that there were no longer any options to treat her and she had just months left to live. However, through perseverance, her family discovered a novel combination of drugs to combat both diseases and she had a miraculous response. But, in March 2013 her disease began to progress once again and on July 16, 2013 with her mother, father and family at her side, Talia lost her battle to childhood cancer.

Talia wanted “to leave her footprints, and handprints” on this world so she will never be forgotten. Talia said she always wanted to be remembered “as the bubbly girl who is the voice of childhood cancer” although she never let her cancer define her.

In 2012, Talia was the first child filmed for a documentary called the Truth365 aimed at raising pediatric cancer awareness. The film was partially funded by the Band of Parents, a nonprofit organization dedicated to funding pediatric cancer research which her father joined shortly after her diagnosis and eventually became its chairman. During the filming, Talia expressed a desire to meet Ellen Degeneres and the film producers aired the clip ahead of the film release. The clip went viral, and Talia’s resulting appearance on “Ellen” captured the nation’s attention, catapulting her to worldwide stardom.

The Ellen Show and COVERGIRL made Talia an honorary COVERGIRL .

In her short life, Talia inspired people to live their life to the fullest and to love themselves as they are. In Talia’s personal life, she was a typical teenage girl who loved her friends, dancing, school, music, nature, animals, fashion, going to the beach, texting on her phone, watching YouTube, social media, and reading about the latest celebrity news and gossip.

Talia is survived by her father and mother, Marc Winthrop of New York, N.Y. and Desiree Castellano of Oviedo, Fla. and her stepparents, Susan Winthrop and Larry Mausner; her siblings Jackson and Kaitlyn Winthrop and Mattia Castellano; her grandparents, Harvey and Esther Winthrop of St Paul, Minn. and a number of other relatives.

Talia dreamed of curing childhood cancer, a dream she shared with her father. To continue to honor her, a fund has been set up at the Band of Parents with 100 percent of the funds going to Neuroblastoma research.  To make a donation please visit: http://www.bandofparents.org. Talia also supported an organization that was helpful to her as she underwent treatment called Base Camp in Orlando Fla. Contributions to Base Camp can be made http://www.basecamp.org.

I feel sad for Talia cause she had so many dreams and so many accomplishments. May her beautiful soul Rest In Perfect Peace. Love u Talia.J.Castellano From ur dear friend Joycelyn.A. Gyamfi

There are countless sick and dying people in Florida that could benefit from Medical Marijuana voters have the right to vote if you can help down load and pass it out. http://www.unitedforcare.org/sign_up?recruiter_id=2300