By Edith Schulman
Special to the Heritage 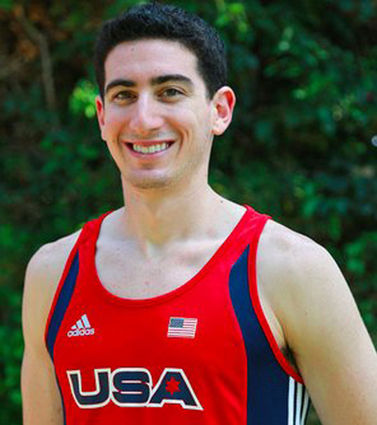 Jordan Schilit, 22, of Tampa, and grandson of Edith and Charles Schulman of Winter Springs, was asked back to once again participate in the 2013 Maccabia Games. In 2009, he ran in the Maccabia Games in Israel. For this year’s games he ran the 1500m and the 5K.

“It was exciting for Charles and me because JLTV broadcast live from the games,” said Edith.

Schilit was thrilled to be accepted at Haverford College in December of his senior year in high school, and able to train with “the greatest of coaches,” Coach Tom Donnelly. Schilit said, “I am an ordinary person with inner fire who strives for goals that at one point have seemed almost impossible.”

Schilit, now a 2013 graduate of Haverford College, ran track and field for Haverford for four years, being the only runner to win the 400m, 1000m and 1500m, all at the same competition. He has been recognized five times with All American status, and shares with another student an Athlete of the Year award.