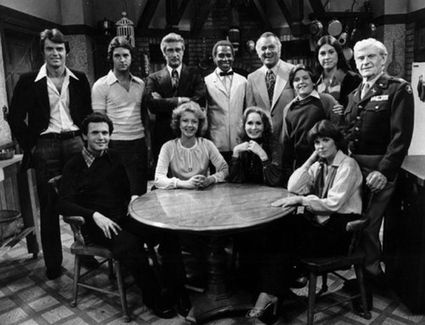 After suffering a tough personal loss early in life, there has always been a serious side to the comedy of famed Jewish entertainer Billy Crystal.

This year marks the 50th anniversary of the death of Crystal's father, prompting him to perform the autobiographical one-man show "700 Sundays" for another run on Broadway. The show, which first ran in 2004 and earned Crystal a Tony Award in 2005, runs through Jan. 5, 2014, at New York City's Imperial Theatre.

In "700 Sundays," Crystal plays numerous characters that have influenced who he is today, from his youth in the jazz world of Manhattan through his adult years. Its themes-family and fate, love and loss, and growing up Jewish-display the multi-dimensional nature of a man mostly known for humor.

"The work he has created for stage, film and television has made an indelible impression," said John Dow, vice president of the JFK Center for the Performing Arts-which in 2007 awarded Crystal the Mark Twain Prize for American Humor. "It is the work of not just a humorist but also a humanist."

Giving back is something Crystal takes seriously. One of his most significant philanthropic endeavors is Comic Relief, whose fundraisers he emcees. Created in 1986 by comedy writer Bob Zmuda to raise funds to help those in need, the non-profit organization has raised more than $50 million.

"I don't consider myself qualified to make an overall assessment of Mr. Crystal's impact on comedy. I do know that his impact on Comic Relief-the enduring success of its shows, its efforts to raise public awareness about the homeless and other pressing issues, and its fundraising efforts-has been ineffable," Mike Miller, managing director of Comic Relief, told JNS.org.

Born in Manhattan and raised in the Bronx and Long Island by Jewish parents, Crystal and his older brothers, Joel and Richard, were the sons of Helen, a housewife, and Jack Crystal, who owned and operated the Commodore Music Store, founded by Helen's father. The three brothers entertained friends and family by reprising comedy routines from such greats as Bob Newhart, Rich Little, and Jewish star Sid Caesar, learning from records Jack brought home from the store.

With the decline of Dixieland jazz around 1963, Jack lost his business and died later that year at the age of 54 after suffering a heart attack while bowling.

"He worked so hard for us all the time," Crystal wrote of his father in the "700 Sundays" book. "He held down two jobs, including weekend nights. The only day we really had alone with him was Sunday. Sunday was our day for my two brothers and me to put on a show and make them laugh. And Dad would come in like three, four o'clock on a Sunday morning after working all weekend. Just as the sun came up, I would tiptoe over to their bedroom, which was right next to my room in the back, and I would quietly open the door just a little, and there they would be, Mom and Dad, lying there, looking so quiet, and so peaceful together. And I would sit in the doorway waiting for him to wake up, just to see what we were going to do together that day. I just couldn't wait for Sundays. He died suddenly when I was 15. I once calculated that I had roughly 700 Sundays. That's it. 700 Sundays. Not a lot of time for a kid to have with his dad."

Although loss is at the center of "700 Sundays," Crystal keeps the mood lighthearted.

"There is loss everywhere-jazz dies, his mom dies, neighborhoods change, his beloved Yankees decline and memories fade. But Crystal, under Des McAnuff's tight direction, never gets maudlin," Mark Kennedy wrote for The Associated Press. "He always knows when to dispel the darkness with a laugh, as when he mimics the funeral director's lisping voice-My condolenchess to the family of the decheassed." That prompts Crystal to complain, "My father's dead, and I have to talk to Sylvester the Cat?"

During a versatile career in the entertainment industry, Crystal has found success in front of the camera, as a performer in film and television, and behind the scenes as a writer, director, and producer.

In 1977, he became a regular on the popular series "Soap," playing the first openly gay character on a network television series. During the 1984 and 1985 television seasons, Crystal earned national acclaim for his role in "Saturday Night Live." In 1997, he created, wrote and produced the critically acclaimed HBO series "Sessions."

A Grammy Awards host three times and Oscar host eight times, Crystal has starred in many hit films, among them "When Harry Met Sally," "City Slickers," "The Princess Bride," and "Analyze This." His name is also well known in Israel. In its 13th year, The Billy Crystal Project for Peace through the Performing Arts offers a wide range of workshops to both Jewish and Arab theater artists and students, in a program aiming to create cross-cultural understanding through the common ground of theater.

Crystal is not the first success story in his Jewish family. His uncle, Milton Gabler, led the way early on in Billy's life. Although he founded pioneering jazz label Commodore and later became a legendary producer for Decca, Gabler couldn't read a note of music or play an instrument. Instead, as his nephew says on the DVD "Billy Crystal Presents the Milt Gabler Story," Gabler's accomplishments were almost solely a result of a "big heart and a great set of ears."

More of Crystal's serious side comes out on the DVD when he speaks about Gabler's courage in releasing Billie Holiday's controversial "Strange Fruit," a song many other labels passed on. 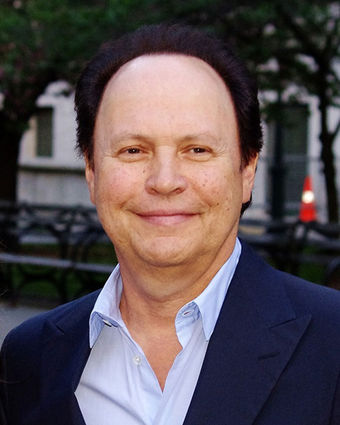 "This wasn't about making a hit," Crystal says. "This wasn't about capitalism. This was about humanism. This is about civil rights. Here was this plump little Jewish guy who saw the truth in those lyrics. And after everyone said they didn't want to record it-including John Hammond-Milt said 'Let's do it.' So that's part of his character-do what's right for people, we're all the same, and music makes us more equal."