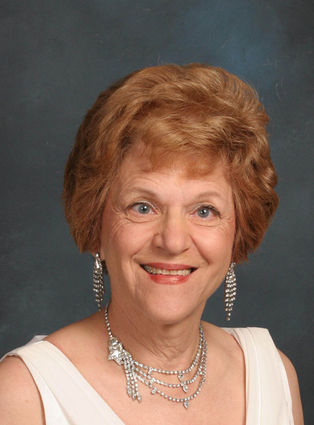 After careful deliberations, the Orlando Chapter of Hadassah chose five members to be honored at its annual Awards Brunch on Sunday, Jan. 12, 2014, at 11 a.m. at the Hilton Hotel in Altamonte Springs. These five members are Joan Schwebel, Rita and George Slotnik, Marcia Wasserman, and Rita Weissmann.

Joan Schwebel, Ph.D., is one of the recipients of the Myrtle Wreath Award. Schwebel was educated in N.Y. public schools until 1956, when her family moved to south Florida. In 1961, she received a B.S. in biology and education from the University of Miami. In the fall of the following year, Schwebel became a graduate teaching assistant at the University of Florida. Thus began a 45-year career in education.

Her family moved to Central Florida in 1959, where she taught science and mathematics in junior high school. In 1966, she returned to the University of Miami where she earned a master's in biology. She went to Texas A&M University to work toward a Ph.D. in biology, and met her husband, Marty.

They were married at the Congregation of Liberal Judaism in Orlando on Aug.22, 1971.

Schwebel served as head of the biology department at Eureka College and Bethune-Cookman University. By 1982, she had numerous publications and a NASA research grant. She also has taught at Maynard Evans, Seminole and Lyman high schools.

While living in Texas, she taught Sunday school and bar mitzvah classes. Locally, she has taught Hebrew and Sunday school at CRJ, Congregation Ohev Shalom, and Congregation Beth Am (where she and Marty were among the first founding families of Beth Am).

In 1979, because her husband is a member of the Masonic Fraternity, Schwebel got involved in some of the ladies groups associated with the Masons. In 2001 Schwebel became grand royal matron of the Order of the Amaranth – dedicated to diabetes research. Twelve years later, she is still working – this year as state diabetes chairwoman. She has served the Order of the Eastern Star as worthy matron four times, been grand representative to Australia (where the couple has been five times), and in 2006 became grand organist. She also belongs to Aquarius Temple and Daughters of the Nile, which raises money for the Shrine hospitals. "I made Colonial dresses for the ladies of the Heroes of '76 locally and nationally. We are both also very active in the Central Florida Texas A&M club, and the Evans high school Old-timers," Schwebel said.

In her "leisure" time she keeps busy sewing and crocheting for the children at the Arnold Palmer Hospital and the Shrine Hospital in Mexico City. She also enjoys reading and playing the piano and spending time with her granddaughters Lauren and Emma.

Schwebel joined Hadassah in 1982. She became a Life Member in 2005, joining the 90 percent of other Chapter members who are also Life Members of Hadassah. She has also served as card chairwoman, chairwoman of Hadassah's ceder, decorations chairwoman, recording secretary, and fundraising vice president.

Rita and George Slotnick also will receive the Myrtle Wreath Award. Rita was born and raised in Philadelphia. She attended school there, and upon graduation from high school, she attended Franklin School of Science and Arts where she was trained in life sciences. She also attended Philadelphia Community College where she majored in medical records.

While in Philadelphia, she was involved in the formation of a local auxiliary of the American Heart Association of Southeastern Pennsylvania. She participated in raising funds for the chapter, which were used to purchase and donate heart-related medical equipment to local hospitals. She assisted in conferences presenting marketing, introduction of new products and product presentations while employed at a major life insurance company.

After relocating to Arizona with her husband, she was employed by the Maricopa County Medical Center as an auditor of medical record for billing purposes.

Here in Florida, she was instrumental in the formation of Congregation Sinai's Sisterhood in Clermont, and served as its first president.

Currently, Rita is maintaining the yahrzeit notifications and collection of yahrzeit memorials for Congregation Sinai.

She has been a life member of Hadassah for many years, is a Hadassah Crown of Esther, and is one of the founders of the local Hadassah Ima group in Clermont that now has reached its seventh successful year with a current membership of 25 men and women.

She facilitates the monthly IMA meetings at which members present their own programs.

Moving to Philadelphia after his marriage to Rita, George became involved in the computer industry. He spent the next 40-plus years in various positions that include computer programming with a federal government agency; marketing support for the Unisys and IBM companies; manager of programmers for Maricopa County, Ariz.; assistant for programming for the Philadelphia finance department; and director of systems information for the Philadelphia police department.

During his many years of work experience, he also taught computer subjects as an associate professor for a number of colleges and universities in both Pennsylvania and Arizona.

He was a 40-year congregation member and member of the board of directors of the Oxford Circle Jewish Community Center in Philadelphia.

George is currently involved with his synagogue, Congregation Sinai, where he has served as an officer and board member for many years. He also serves as a mentor to the fifth grade students at the local elementary school.

His involvement in Hadassah started when the Clermont IMA group was formed. He produces the monthly newsletter and also helps coordinate the IMA Group with Rita.

The Slotnicks have two daughters and four grandchildren.

Marcia Wasserman will be present the Woman of the Year Award this year.

Wasserman was born in Pittsburgh, Pa., and she attended Penn State University, majoring in English. Her family moved to St. Louis, Mo., where she met and married Sid Wasserman, her husband of 54 years. They have two children, Tony and Amy and two granddaughters, Jacquelyn and Nicole.

Volunteerism is in her genes, having learned it at an early age from her mother. Her love for music and dance, which she translated into figure skating, also came from her mother, an accomplished violinist. Her love of sports was instilled in her by her father and to this day she is a devoted Pittsburgh Steelers fan, but her baseball allegiance lies solely with the St. Louis Cardinals.

When her children were teenagers, she returned to college for a degree in studio art.

During the 47 years she lived in St. Louis, she was involved in the Temple Israel Sisterhood, giving her time to the sisterhood knit shop. She worked with the Girl Scouts as a leader and board member, was an active member of the St. Louis Figure Skating Club and The Junior League. She volunteered for The Council of Jewish Women and Ronald McDonald House through Coldwell Banker.

She and her husband moved to Orlando from St. Louis in 2005. She was introduced to Hadassah by Sandra Moss and has been an active member ever since.

As an ardent proponent of women's rights, and stem-cell research, a cause that Haddassah embraces, she finds Hadassah to be the perfect fit.

Since joining Hadassah, she has worked tirelessly to promote the Orlando Chapter. She held the office of treasurer, and is now a program vice president, as well as the bulletin editor. Wasserman, along with Chapter president, Emily Rotenberg, did a good deal of the work on the Chapter directory and is preparing to publish its replacement next year.

Much of her artwork can be seen on the programs, posters and signs the Chapter has used over the past eight years. She also designed the Chapter logo, which appears on the cover of the directory as well as the chapter's Brick Certificate.

Marcia Wasserman has worked hard to make the bulletin an educational, as well as entertaining, publication, presenting material that highlights the many wonderful projects Hadassah has made available to the world through the support of its members.

Rita Weissmann will be presented Hadassah's special award "Love of a Lifetime." She was born with a love and concern for Jewish causes, especially Hadassah, which she claims is imprinted in her DNA.

Weissmann's first exposure to Israel came as a teen-ager, in the mid 1940s, before the creation of Israel, when she was active in soliciting and delivering much needed supplies for shipment to the Jews who were striving to create the new Jewish homeland.

After graduating from college, Rita and her husband, Robert, moved to Westchester County, N.Y., where she spent the next decades raising a family, working successfully as a theatrical costume designer, and devoting substantial time to philanthropic activities. She and three friends were the founders of the Hartsdale Chapter of Hadassah, where, over the years she served in most executive positions. In addition, Rita became involved in regional activities and for some time, acted as a fundraiser for the Westchester County Region.

She and her husband were founding members of Westchester County's first Reconstructionist Synagogue. She was also the organizer of a group of professional dancers who volunteered to work at the Lexington School for the Deaf, successfully teaching dance to profoundly deaf children.

Since relocating to Orlando, Rita has been able to devote even more of her time to her charitable interests. Soon after her arrival in 1994, she joined the

Rishona Masada Group of Hadassah (now the Orlando Chapter of Hadassah), and has been involved in many of its activities. She has been a board member for most of the time since joining, has served as fundraising vice president, as president of the Group, and is a Gold Keeper of the Gates. 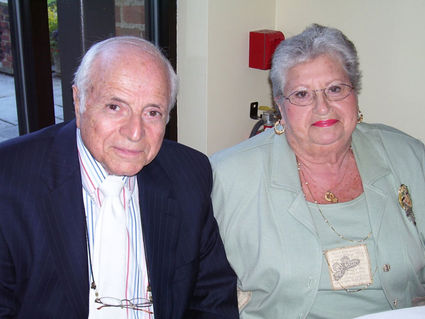 Weissmann's other principal charitable interest in Orlando has been Jewish Family Services of Greater Orlando, where she has volunteered in a number of roles.

She and Robert have been married for 62 years, and have four children (one deceased) and seven grandchildren. Rita, her daughters, daughters-in-law and granddaughters are all Life Members of Hadassah, and Robert is an associate member.

The Chapter invites the whole community to the Awards Brunch to honor these five Hadassah members who have worked so many years for Israel, for their communities and for Hadassah.