Mark B. Hara, 59, passed away on Jan.1of a heart attack in Los Angeles, Calif. 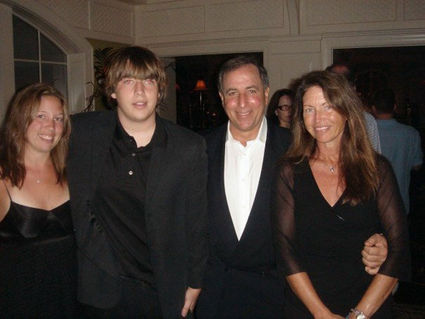 Mark Hara was born in Chicago, Ill., on Dec. 12, 1954 to his loving parents Anita and Joseph Hara. At the age of eight the family moved to Orlando, where he was a longtime resident of the community. It was in Orlando where he was fortunate enough to meet the woman of his dreams, his wife Ellen. Mark and Ellen decided that it was in Chicago that they would continue their life together, as well as start a family.

For 13 years Mark was an outstanding and successful commodities trader at the Mercantile Exchange in downtown Chicago. During this time, Mark and Ellen were given the gift of two beautiful children, Audra and Jared. Shortly after they were born, Mark and Ellen made the decision to return to Orlando in order to raise their children near Mark's parents and extended family. Mark was able to continue working as a commodities trader from Orlando as well as extend himself to the community in countless ways. He was very philanthropic, and a committed contributor to both the Jewish community and Greater Orlando community. He often chose to give anonymously, and his many gifts have greatly benefited various organizations.

Mark was a devoted father, husband, son, brother, uncle, and friend who touched strangers and friends alike with his dynamic, warm personality and kind heart. Mark was there to listen, give advice, and be a father figure to everyone he spoke to. He was a committed supporter of every decision his children made, standing by their sides at all times. Whether it was taking his children to the ice rink at six in the morning before school for figure skating and hockey practices, supporting their career paths throughout college, or moving across country to help them pursue their lifelong dreams, Mark was always there to lend a helping hand. He dedicated his life to the happiness of his family and the unconditional love he had for Ellen. Through family vacations, challenges that arose, and the inseparable bond that he and Ellen shared, they always walked through life hand in hand. The two even founded the company TalkingTabs, an all-audio method that provided tutorials on how to play the guitar.

While his life was unexpectedly cut short, he packed more into his 59 years of life than most do in many lifetimes.

Most importantly, he left the world a much better place than he found it. He lived with passion, commitment and enthusiasm for anything he tackled. Our community benefited greatly from his generosity, contagious laugh, smile that would light up an entire room, and love that he had for others. His life is a great loss for everyone that knew him, and he will be missed dearly.

Contributions can be directed to the Mark B. Hara Memorial Fund at TOP 13009 Community Campus Drive, Tampa, FL 33625.