Swastikas on walls of UCF housing 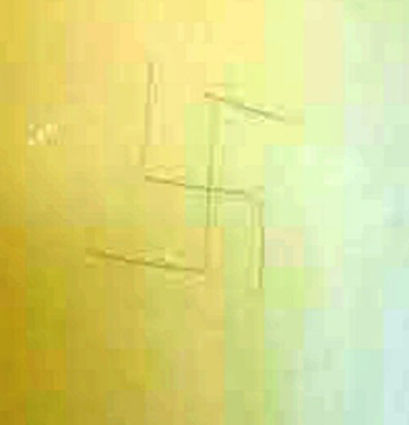 One of nearly a dozen swastikas found carved into the walls at off-campus housing near the University of Central Florida.

This past weekend, several UCF students discovered swastikas carved into a wall of the off-campus private apartment complex where they reside. While the complex houses UCF students, it is not part of the UCF campus.

The story was carried by The Jewish Press, a Brooklyn, N.Y.-based newspaper. And although it is horrifying to see, the incident is being considered by Orlando police as vandalism and not a hate crime at this point because the actions do not appear to be directed at any specific person.

Three weeks ago, Michelle Feldman, a 21-year-old social work student, found her mezuzah broken on the ground in her hallway. She did not put the initial incident down to an anti-Semitic vendetta.

Altogether, Feldman and her friends found nine swastikas carved into the walls.

Feldman and quite a few of her friends reported the anti-Semitic graffiti to the housing complex management and to the local police.

The police told the concerned students that they cannot classify what happened as a hate crime because a specific person wasn't targeted. The management of the apartment complex said because they have no cameras in the hallway they wouldn't be able to prove who did it. The management also told Feldman and the other students who complained that it is just vandalism and ignorance.

Aaron Weil, CEO of Central Florida Hillel, told The Heritage that he agrees with the police. He was pleased with the speed and seriousness of the police in taking care of this situation, but also cautions against jumping to conclusions that may not be valid. "It is important to differentiate between the two [vandalism and hate crimes]," he said.

Weil explained that incidents like these have not occurred on campus where there are "warm relations" among the diverse student cultures and religions.

But that is not how Feldman sees what happened.

"I shouldn't have to walk into my apartment complex and see something that makes me feel unsafe. I do not know if this person knows what these marks mean, but to me they show that this individual has some form of hatred and dislike for the Jewish people," she told The Jewish Press.

A UCF sophomore political science major who observed the swastika carvings also was unwilling to put down the hate messages as mere vandalism.

The management of the building have removed the swastikas and the police will continue to pursue any leads.

Rabbi Yaakov Y Majesky of Chabad told The Heritage that the first 100 Jewish homes that don't have a mezuzah yet can get one for free by visiting http://www.jewishnorthorlando.com.