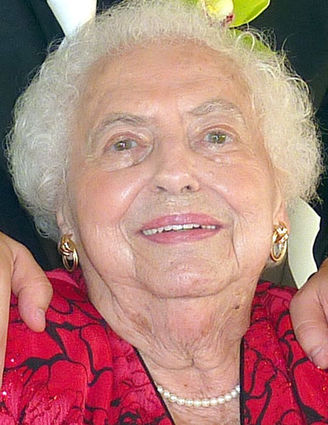 She was born December 26, 1928 in Montreal, Canada, the daughter of Herman and Polly Leibovitch.

She is survived by her daughter Sharyn (Joe) Bleau of Montreal, her sister, Ruth (Issie) Zabitsky of Toronto and her grandson, Mark (Erica) Davis of Orlando and three great grandchildren who were the light of her life. She was predeceased by her husband, Jack, and her daughter Marlene (Elliott) Davis of Longwood. She was lovingly cared for in the last four years of her life by her friend and companion, Sandra "Sam" Prescott.

A loving mother, grandmother, great- grandmother and sister, Mrs. Rozen was a resident of Savannah Court of Maitland at the time of her death.

She relocated to Tamarac, Florida in 1978 and moved to Central Florida in 2010. She was active in ORT and Hadassah and was often seen in photos of Jewish Pavilion events. She regularly played mahjong and canasta and enjoyed listening to big band music.

Services were held in North Lauderdale, Florida. The family requests contributions in memory of Mrs. Rozen be made to the Jewish Pavilion http://www.JewishPavilion.org or the Marlene A. Davis Art Education Fund at Temple Israel, Winter Springs http://www.TIFlorida.org