Goldfarb on the ballot for judgeship 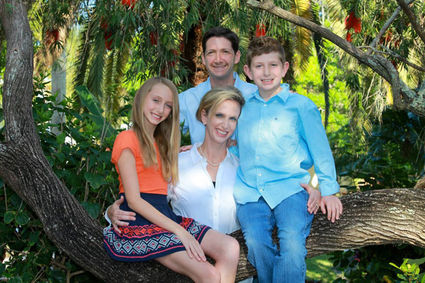 Brooke Deratany Goldfarb knows she can make a difference as a circuit judge in the justice systems of Brevard and Seminole counties. In the world of law, Goldfarb has been around the block. Graduating from Harvard Law School in 1996, the Brevard County native has practiced in multiple areas of law, beginning as an international business, corporate and immigration attorney. Two years later, she facilitated mergers and acquisitions at a national law firm in Washington, D.C. When the economic bubble burst, she unwound corporations in distress.

In 2004, Gov. Jeb Bush appointed her to the judicial nominating commission for the 18th Judicial Circuit. From 2004 to 2007, Goldfarb handled hundreds of criminal cases as well as family, real estate, and other civil litigation matters in courtrooms throughout Florida.

All of this led Goldfarb to create Peaceful Beach Mediation to guide couples and families through the divorce process in a dignified manner.

With a successful career helping people through mediation, why become a judge?

"It's my calling," Goldfarb said without missing a beat. "It's tikun olam. People are never more broken than when they find themselves in circuit court," Goldfarb said. Circuit court judges see it all-divorces, foreclosures, lawsuits, domestic abuse, and child neglect. These are all areas Goldfarb is familiar with.

The position Goldfarb is running for is a vacated seat in felony court where she will be for at least six months. After that, she will rotate in the various courts, including juvenile court, which is dear to her heart.

A staunch supporter of children's causes, Goldfarb volunteers as a justice teacher in various elementary and middle school classrooms, teaching the children civics and the judicial system. She is also an adjunct faculty and prelaw mentor at Florida Tech.

Accolades include being chosen LEAD Brevard "4 under 40" winner in 2009, and one of this year's three finalists for Eckerd Children's Hero of the Year award. "Kristen Malfara, creator of 'The M.O.R.G.A.N. Project'-a program for children with special needs-won the award, and just to be mentioned in the same category with her was an honor," said Goldfarb.

She is also a member of Zonta, an international organization of professional women who work to improve the status of women worldwide, fighting human trafficking (which Goldfarb said is prevalent here in Central Florida), Serene Harbor, Inc., Sally's Friends, and the Haven for Children guilds-all organizations that provide help and shelter for women and children of domestic violence.

Given the chance, Goldfarb will ask to preside in juvenile court. "This is the area that has the biggest impact for the community," she stated. Why? Because given the right motivation, the right discipline, young people can start on a fresh, new path away from crime.

"If you can reach one youth and make them realize their choices matter, then we will have accomplished something," Goldfarb said.

"However, every case is unique," Goldfarb cautioned. "You have to also look at how many times a person has been convicted as well as the seriousness of the crime. Is this a first-time offender? These things do weigh in on sentencing."

What are qualities of a good judge according to Goldfarb? "To be fair and impartial, look at the big picture and follow the law. It is also important to be a good listener, have judicial demeanor and treat people in a way that allows them to leave with their dignity. A judge should be concerned with and listen to all parties carefully. It is important that people be heard and respected. Also, a judge has to hold people responsible and accountable for their actions. Citizens of Brevard and Seminole Counties deserve safe neighborhoods. After listening to all sides of a case before her, a judge has to be decisive and make prompt rulings so that people can get on with their lives."

Goldfarb met her husband, Loren, when he was a TV producer for NBC in Miami. Later they moved to Washington, D.C., where he was a producer for "Dateline." He is now the COO of MediVista Media and oversees business development and operations. The family attends Temple Beth Sholom in Melbourne. They have two children: Macie, 12, will celebrate her bat mitzvah this year in July, and Lucas, 10, is an avid baseball player. Both are straight A students and attend Hebrew school.

"They are learning a life of service," said Goldfarb proudly of her offspring, who have already learned much from their parents' example.

The primary election will be held Aug. 26. A vote for Brooke Goldfarb will be a good choice.