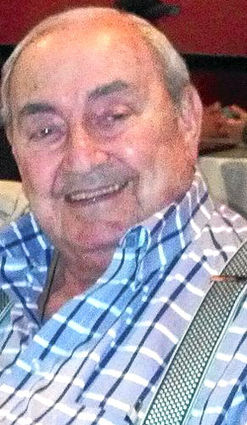 Edward "Eddie" Baumgarten would do anything for a laugh.

One of his dearest friends, the late Anne Shader, was having an all-women luncheon to celebrate her 65th birthday. Baumgarten didn't want to miss out on her celebration. So, with the help of his friends, the Orlando resident dressed up as a woman and showed up unannounced at the luncheon as cousin "Edwina."

"He wasn't afraid to put himself out there," said his son, Barry Baumgarten, 59, of Houston.

Eddie Baumgarten died Saturday of complications from congestive heart and pulmonary failure. He was 86.

The retired businessman was born in Hartford, Conn. While attending Ohio State University, he was drafted and served as a medic in the Navy for two years. He later earned his bachelor's degree. In 1952, he was transferred by the department store where he worked to Toledo, Ohio. It was a turning point. His co-workers included Lonnie Silberman and Silberman's wife, Sally, who introduced Eddie to her best friend Sue. After a whirlwind courtship, they married and moved to Orlando. The Silbermans also relocated to Orlando. The couples became lifelong friends and even bought houses on the same block.

In Orlando, Baumgarten followed in his father-in-law Jimmy Becker's footsteps and joined the shoe business. The late Becker owned the Shoebox, which specialized in Naturalizer shoes on Orange Avenue in downtown Orlando. When the business expanded to regional malls, they called the stores Bari of Florida, a name created by using a letter from each of Becker's grandchildren's first names.

Baumgarten's younger son, Gary Baumgarten, 57, of Winter Park, has fond memories of working at Bari on Saturday and during the summer. He loved going to lunch with his dad and grandfather at Ronnie's, the legendary deli in Orlando's old Colonial Plaza shopping center, which also was home to a Bari store. The company was sold in 1981 and Baumgarten stayed on as a consultant for about seven years. During that time Sue was diagnosed with cancer and Eddie became her caregiver. She died in 1987. The next year, their neighbor Lonnie Silberman died.

"Those sad and painful experiences brought Sally and my dad together," Gary Baumgarten said. "They found happiness a second time." Barry Baumgarten said, "They were each other's rock and support." The elder Baumgarten's longtime companion called him "a kind and generous man. He accepted everything that came his way."

Baumgarten gave generously to charities including the Jewish Family Services, family members said, and served as a volunteer driver for Hospice. He also donated more than 50 gallons of blood. But the jokester could emerge any time.

"Dad particularly enjoyed writing poems or other rhymes to mark certain occasions, such as birthdays, anniversaries and bar mitzvahs," Gary Baumgarten said. In keeping with his dad's tradition, he wrote several limericks that he shared at the funeral, including this one:

There once was a mensch named Eddie

Who always had a joke at the ready

He was kind, smart and clever

His legacy will stay with us forever

He's making them laugh in the next world already.