The children given life in the midst of war 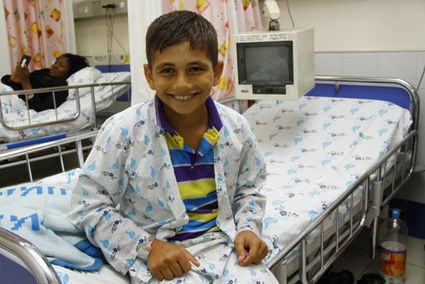 Israeli doctors saved the life of Mohamed Ashgar from Gaza in 2012.

(Israel21c)-Mohamed Ashgar is bored. The 11-year-old, who suffers from rheumatic heart disease, has been at Wolfson Medical Center in Holon-south of Tel Aviv-for a week waiting for surgery, but it was delayed because of poor blood test results. Now he just wants to have the operation and get back home quickly to his parents and his four brothers and sisters. His dream when he is finally well again-to go back to school. Ill health has kept him out of class for over a year already. 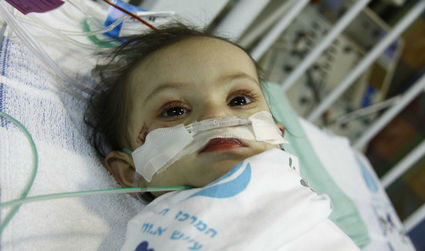 Leen recovering after her surgery performed by Save a Child's Heart.

On Sunday, Mohamed and his grandfather Dahud, 58, who accompanied him into Israel, were in the hospital when a siren went off. They and the other children on the ward-many of them crying and scared-were hurried to the shelter, a room at the end of the corridor that doubles as a nurses' cupboard with boxes of stationery and spare pajamas on the shelves.

The missile from Gaza was intercepted by the Iron Dome, but fragments of it fell a few meters from the hospital, causing a car to burst into flames. Another part of the shell was later found inside the hospital.

Mohamed is in Israel thanks to the Israeli charity Save a Child's Heart (SACH), a non-profit organization based at Wolfson that provides children from developing countries, often those ravaged by war, with heart surgery and follow-up care.