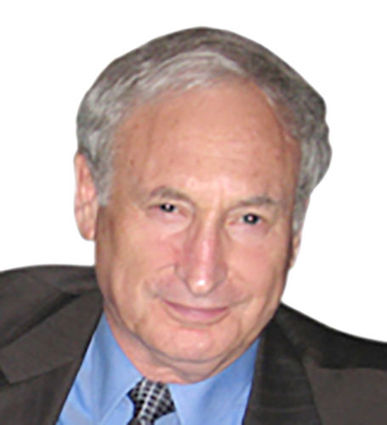 Charles Schwartz passed away on Sept. 8, 2014 after a difficult but courageous battle with cancer, and with his loved ones by his side. Charles is predeceased by his parents, Maxwell Alter Schwartz and Jennie Besner Schwartz as well as by his sister, Phyllis Schwartz Shapiro.

Born March 8, 1940 in Montreal, Canada within the large and very extended "Besner clan," he was a member of a generation of 27 first cousins.

Charles was a resident of Orlando since 1977. Founder of Avanti Properties Group in Canada, he became a leading figure in the land investment business in the United States. A proud member of the Jewish community in both Montreal and, later in Orlando, he contributed to his communities' life in many significant ways as a leader and philanthropist. He was active in supporting Congregation Ohev Shalom, the State of Israel, Jewish Day schools, the JCC and Jewish Family Services and AIPAC. He was amongst the founders of what has become the Jewish Academy of Orlando.

Charles took great joy from playing basketball, first at school, then at university and finally, until very recently, at the Roth JCC. And, watching basketball on television was his favorite pastime.

A devoted son, brother, husband, father and grandfather, he is survived by his wife, Roz Fuchs Schwartz, as well as his sons Ory (Linda) of Irvine, Calif., and Michael (Sandra) of Los Angeles; and six grandchildren: Meirah, Sivan, Lielle, Yosef, Max and Karina. His brother- and sister-in-law, Bernard and Lois Shapiro; his nieces and nephews, Marvin and Andrea Shapiro and Arlene and Lorne Cooper, will also mourn him. Charles will be greatly missed by Roz's children and grandchildren, Dina and Todd Beresin and Eva and Cobi, Jill and Matthew Kossman and Dori and Jaron, Sam and Jana Fuchs and Leo; his business partners Donald Loeb and Andrew Dubill; and the hundreds of close and faithful family members, friends and colleagues in Orlando, Montreal, and many other locations across North America and Israel.

Funeral arrangements were entrusted to Beth Shalom Memorial Chapel, with Rabbis Aaron Rubinger and David Kay officiating. Contributions in Charles' memory may be made to the charity of your choice.