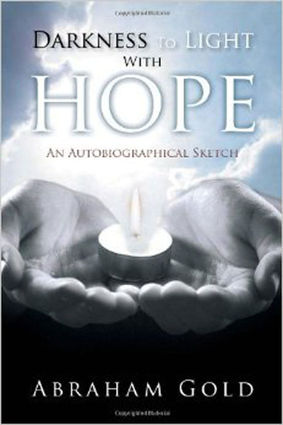 I recently spoke and performed at a JCC 39er's meeting in Maitland with my talented accompanists, bassist, MOE LOWE and pianist, MICHAEL KRAMER. (I've had the pleasure of performing cabaret with Michael and his equally talented son, bassist, BEN KRAMER, in New York City a while back).

After the presentation, a gentleman approached me with a bit of information about a book he had just written. His name is ABRAHAM GOLD, and he is a Holocaust survivor. (Right away I was interested.)

I looked the book up on Amazon.com and found this statement by Abraham: "For me to talk about my past-the immense, terrifying madness that had erupted in history, and in the conscience of humankind-was too painful. As my children grew up they started to ask questions about their grandmother

and grandfather. Finally I told them a little history of the war in Europe.

The Nazis in Germany set out to build a society in which there simply would be no room for the Jews. Toward the end of their reign, their goal changed; they wanted to leave behind a world in ruins in which Jews would never have existed. The Germans carried out the Final Solution by turning their machine guns on more than a million Jews, (six million by war's end) who were not only killed but were denied burial in a cemetery.

It is obvious that the war, which Hitler and his accomplices waged, was a war not only against Jewish men, women, and children but also against Jewish religion, Jewish culture, Jewish tradition, therefore Jewish memory. Yet having lived through this experience, I could not keep silent...

no matter how difficult, if not impossible, it was for me to speak. I had many things to say, I did not have the words to tell them. How was I to speak of what happened without trembling, heartbroken for all eternity, the hunger, thirst, fear, transport,selection, fire, chimney.

When it came time to tell them, what did happen to their grandparents, aunts and uncles, no words came out of my mouth, we all started to cry.

In 1974, November, I was given a testimonial dinner for serving as post Commander of the J.W.V. (Jewish War Veterans) in Orangeburg, New York. The editor of our

town's newspaper came to our house to interview me knowing that I was a Holocaust survivor."

Reading this statement by Abraham made me want to learn much more about his Holocaust experience... and I'm sure others did as well. With the writing and publishing of his book, titled "Darkness To Light With Hope" we will learn.

A brief description of the book: "This book is a journey of life in a tumultuous period of the world's history, of a family's struggles and how they find and of how they hold on to hope in order to survive."

On the subject of talented writers...

DEAN JOHNSON, former entertainment editor and columnist for the Orlando Sentinel newspaper... and a friend, recently explained a word (unknown to me, although as a writer myself you would think I would know it.)

The word is petrichor. (Okay, honestly, how many of you know it?) According to Dean, "We just had a deluge (of rain), so did you know there is a noun that describes the wonderful, earthy smell of soil after the rain?"

(I probably should have known the word petrichor, as I have a dog and cat who love going out after the rain to whiff the air... before they do their business, of course!)

The Sisterhood of Congregation Ohev Shalom is now accepting applications for vendors and businesses who would like to participate in its second annual Holiday Boutique slated for Sunday, Nov. 16, from noon to 5 p.m. at the synagogue, 613 Concourse Parkway South in Maitland.

The cost is $100 for an 8-foot table or space with your own table. Additional table and/or space is $50.

If you would like to participate in this upcoming event, please contact Susan Hochstadt at susan@thehochstadts.com, Cheryl Wiener at cheryl.wiener@gmail.com or call the synagogue at 407-298-4650.

And a well-deserved shout out at that!

JEFF NARDELLI is the store manager of the Publix Super Market in Casselberry Commons. He recently went above and beyond the call of duty to help this old... (oops, did I say old? I didn't mean to!)

Anyway, not being as strong as I was in my 20s (ah-hem) I was using a clever device I purchased at Publix more than a year ago to help me open all sizes of jar covers and bottle caps. Unfortunately someone (not saying who) broke it!

Although that item is no longer featured in his store, Jeff was kind enough to go searching everywhere and also offered to re-order it for me if it were still possible. But luckily, his running through each and every aisle paid off (for me.) He phoned to tell me he had one and gave it to me gratis!

Who said women weren't equal to men? (Or superior?) Read on:

One day, three men were hiking and unexpectedly came upon a large raging, violent river. They needed to get to the other side, but had no idea of how to do so. 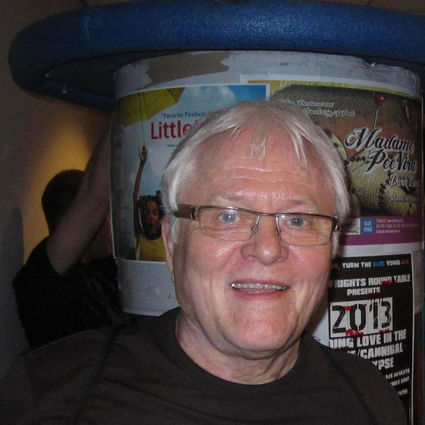 The first man prayed to God, saying, "Please God, give me the strength to cross this river." Poof! God gave him big arms and strong legs, and he was able to swim across the river in about two hours, but only after almost drowning a couple of times.

Seeing this, the second man prayed to God, saying, "Please God, give me the strength ... and the tools to cross this river." Poof! God gave him a rowboat and he was able to row across the river in about an hour, but only after almost capsizing the boat a couple of times.

The third man had seen how this worked out for the other two, so he also prayed to God saying, "Please God, give me the strength and the tools...and the intelligence... to cross this river." And poof! God turned him into a woman. She looked at the map, hiked upstream a couple of hundred yards, then walked across the bridge.