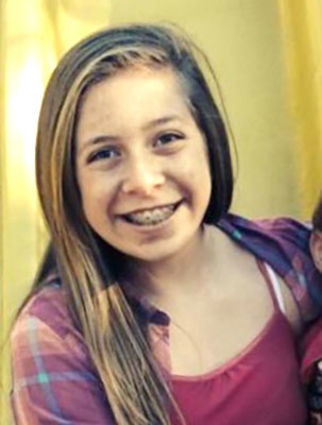 Jacqueline Anne Gerber, daughter of Douglas and Dori Gerber of Altamonte Springs, will be called to the Torah as a bat mitzvah on Saturday, March 7, 2015, at Congregation of Reform Judaism.

Jacqui is in the seventh grade at Teague Middle School, where she is a member of the advanced band, in the gifted program and NJHS. Her hobbies and interests include softball, in which she plays for the City of Altamonte Springs. She is an avid artist, and loves music, the beach, and being with her friends. She is also a member of OAFTY, Orlando Area Federation of Temple Youth.

Sharing in the family's simcha will be Jacqui's sister, Lila; grandparents, Carole and Harold Lovitz of Clermont, and Dr. Herb and Miriam Gerber of Oviedo; as well as aunts, uncles, cousins and friends from Florida, New Jersey, Pennsylvania and North Carolina.