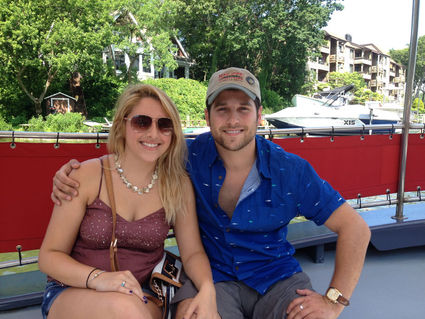 Lisa Mindick and Mark Nuccio of Milton, Mass., are pleased to announce the engagement of their daughter, Robin Eleanor Aransky, to Sean David Finnegan, son of Stacey and Gerard Finnegan of Greer, S.C.

The groom-elect is a Casselberry native. He worked as a professional actor throughout his childhood into adulthood. Sean also worked in the music industry alongside well-known local artists in Orlando. He currently works in the sales industry and enjoys life in Massachusetts with Robin.

The couple met on a Birthright trip to Israel in 2012 and fell in love.

No date has been set for the wedding, which will be held in Massachusetts.