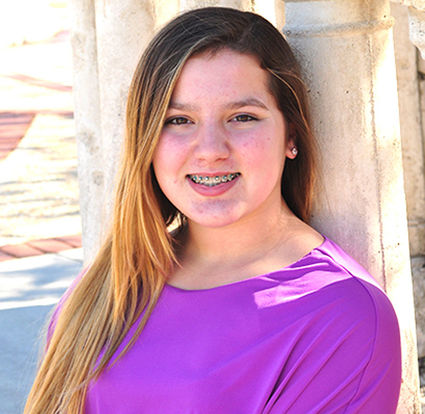 Ashley Leah Weinstein, daughter of Suzanne and Eric Weinstein of Apopka, will be called to the Torah as a bat mitzvah on Saturday, May 2, 2015 at Congregation Beth Am in Longwood.

Ashley is in the seventh grade at Teague Middle School, where she is in the gifted program and recently inducted into the National Junior Honor Society. She is Red Cross Babysitting and CPR certified.

Ashley plays the piano, trumpet, and enjoys spending her summers with friends and family. She also spent the last six years cheerleading and has been recognized as a Southeastern Region Scholar Athlete.

Sharing in the family's simchat will be Ashley's sister, Emily, and family and friends from Canada, California, Kentucky, New Jersey, Pennsylvania and South Florida.