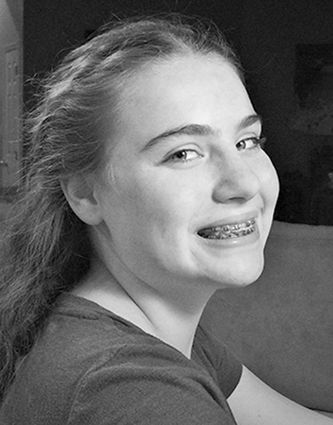 Anne Lyla Botwinik, daughter of Steven and Nikki Botwinik of Orlando, will be called to the Torah as a bat mitzvah on Saturday, May 16, 2015, at Congregation Beth Am in Longwood.

Anne has been homeschooled since the first grade, and is either in seventh, eighth or ninth grade, depending on the subject. She loves to perform with Magic Curtain Productions' Junior Troupe, a theater competition troupe that has performed at Disney and in statewide competitions. She is an accomplished crafter, having taught herself origami, crochet, knitting, whittling, and sewing. Anne is a long-time Girl Scout who is working on completing her Silver Award by raising community awareness of epilepsy.

Sharing in the family's simcha will be Anne's siblings, Katie and Aaron; grandparents, Marvin and Ronelle Botwinik of Las Vegas, and Bill and Charlene Taube of Ft. Worth, Texas; Uncle Adam and Aunt Lisa and cousins, Abby, Emily and David from Roseville, Calif.