Many awards and recognitions given at JCC annual meeting 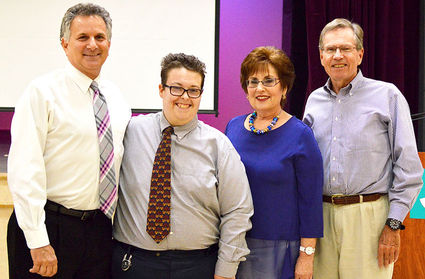 The Roth Family Jewish Community Center of Greater Orlando held its annual meeting on May 19. The National Anthem and Hatikva were sung by the 39ers' Honorable Menschen Choir; a new board of directors was installed and several volunteers were honored. RAISE employee Cameron Rohme spoke to the audience about the positive impact the JCC has had on him this year as part of the collaboration between the JCC and Jewish Federation of Greater Orlando's RAISE program, developed and implemented by community leader Loren London. RAISE is an employment inclusion program for adults with special needs.

Volunteer of the Year recipients Niki Park and Rebecca Anders co-chaired the J Ball-the JCC's largest annual fundraiser. At that event, the JCC honored Susie and Ed Kleiman and Pearl and Howard Lefkowitz and their families who have been involved at the JCC for more than three decades. 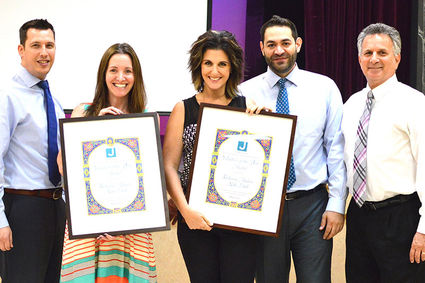 This year's Innovative Program of the Year Award went to the Party After Dark event which honored Es Cohen and her family for their many years of dedication and support to the parenting center named after Es' daughter and Matt and Justin's sister, Shayna Cai Presser.

While not in attendance, Jodi Krinker was awarded the JCC Leadership Award for her significant impact on the JCC and the community through her leadership endeavors over the past 20 years. She served as the JCC president for three years and as a vice president of the preschool and development committees, and served on many other committees and the board of directors for 18 years.