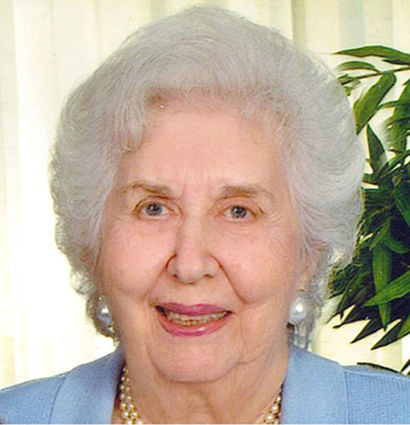 Beatrice Bornstein Ettinger, 98, passed away on June 29, 2015. Born in Paterson, N.J. on June 21, 1917, Bea was the daughter of Ruth and Abraham Bornstein who moved to central Florida in 1932. Predeceased by her husband Leon, after 72 years of marriage; sisters Dorothy Morrell, Flossie Gluckman, Rita Levy, brother Jerry Bornstein, grandson Kevin Crotty, and son-in-law Charles Schwartz. Bea was the devoted mother of Marilyn Crotty (Garrett), Roz Fuchs Schwartz, and Jeff Ettinger (Bettye); adoring grandmother of Jonathan Crotty (Lisa), David Crotty (Mara), Dina Fuchs Beresin (Todd) Jill Kossman (Matt), Sam Fuchs (Jana), Steven Ettinger (Katrina) Cyndee Lucas (Shawn) and Mara Olsen (Josh) and very special great grandmother of 10. She is also mourned by her many nieces and nephews. Bea was the last of her generation in the Bornstein family, and like her siblings of blessed memory, she was a true trailblazer and activist.

Bea was just 15 years old when her family moved to Orlando. While at the Universtity of Miami, where she also attended law school, Bea met and soon married Leon Ettinger. A few years later they settled back in Orlando, where Bea's large family resided, and she became involved in the Jewish community and civic life. Initially members of Congregation Ohev Shalom, Bea and Leon later became founding members of Temple Israel, where she served as a volunteer education director for its first few years. Bea and Leon also joined Congregation of Liberal Judaism (now CRJ) and Ohev Shalom, and remained members of both congregations for the remainder of their lives. She served on many boards, had been a Lion of Judah, generously supported Israel and programs that enriched the lives of others. Bea and Leon established an endowment that created and continues to fund the Jerome J. Bornstein Leadership program.

As a life-long advocate for women, Bea was one of the early members of the Orange County League of Women Voters. She founded the Council for Continuing Education for Women, which became part of Valencia Community College in 1973. With Bea as its director, the innovative Center for Continuing Education for Women offered educational and career opportunities for women that had not been available in the past. Bea started the first structured Displaced Homemakers program in the U.S. and was instrumental in assisting the development of similar programs around the state and country. During her life, Bea received many awards and accolades including the Summit Award, Orlando's Woman of the Year, Woman of Achievement, Community Leader of the Year, the JCC Tikun Olam Award and nomination to the Florida Women's Hall of Fame.

However, Bea's number one priority throughout her life was her family. The rich legacy she leaves behind will forever be part of those she loved and the ones who love her.

Funeral services were held Friday, July 3, 2015. Donations in Bea's memory may be made to the Beatrice B. Ettinger Scholarship Fund at the Central Florida Community Foundation or to a charity of your choice.