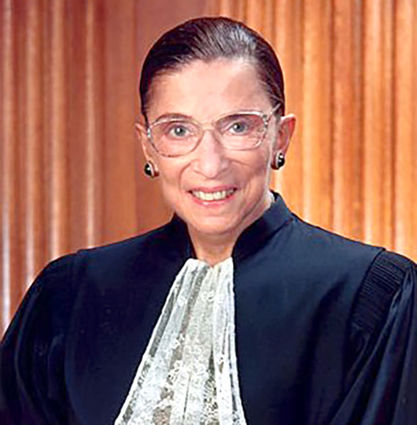 I just read the following in the new World Jewish Congress (WJC) digest for this month:

'We've both been targeted before, often by the same enemy. But today's rampage against both religions at the same time is a direct attack on Western civilization. It's an attack on Judeo-Christian values... the fundamentalist building blocks of almost everything mankind has achieved over the last 2,000 years.'

Speaking as part of the 2014-2015 Hal Israel Endowed Lectureship in Jewish-Catholic Relations at Georgetown University in Washington, DC, the WJC leader told the audience:' While the Jews are always the first to be targeted, they are never the last.'

Separately, in a meeting at the Vatican between the Pope and a delegation from the Conference of European Rabbis led by its chairman, Rabbi PINCHAS GOLDSCHMIDT, Pope FRANCIS called upon all Christians to firmly condemn anti-Semitism and 'show their solidarity with the Jewish people.'

Recently, we marked the 70th anniversary of the liberation of Auschwitz, the concentration camp which has come to be synonymous with the great tragedy of the Shoah. The memory of what took place there, in the heart of Europe, is a warning to present and future generations. Acts of hatred and violence against Christians and the faithful of other religiosn must likewise be condemned everywhere... Jews and Christians have the blessing but also the responsibility to help preserve the religious sense of the men and women of today, and that of our society, by our witness to the sanctity of God and human life."

(My spouse and I visited the Vatican a few years back but did not have the opportunity to meet or even see Pope Benedict as he was at Gandolfo when we were there.)

In just three days... Aug. 10th to be exact... back in 1993, RUTH BADER GINSBURG was sworn in as the 107th Justice to the United States Supreme Court, filling the seat held by justice Byron White.

She became the second woman to sit in this court and the first Jewish justice since 1969.

"Pick yourself up, dust yourself off, start all over again"...

Ah! If only to be young again! Well, recently while watching a movie on television I did feel young again... really!

I once saw a T-shirt with the words "One song can bring back a thousand memories." How true that statement is, especially with songs like "A Fine Romance," "Pick Yourself Up" and my very favorite song of all time (I even recorded it on one of my CDs.) titled "The Way You Look Tonight."

Not only do the words to this fabulous song have great meaning for me, the song was written by a wonderfully talented composer, Jerome Kern, a fellow New Yorker and a fellow Jew.

How do the lines in the bridge of the song go? "With each word your tenderness grows, tearing my fear apart... and that laugh that wrinkles your nose, touches my foolish heart."

(You must admit, it beats the lyrics of today!)

Speaking of song, dance and acting...

Attention all you talented people out there... Theater at the J will be holding season auditions 2015-2016 Monday-Thursday, Aug. 10-13 from 7-10 p.m. at The Roth Family JCC's Harriett and Hymen Lake Cultural Center auditorium, 851 Maitland Avenue, Maitland.

Auditions are by appointment only. Contact KERRY GIESE at KerryG@orlandojcc.org to set up your 10-minute audition appointment. Bring a nonreturnable picture and resume. Prepare a one-minute monologue. Bring 16 bars of an up-tempo and 16 bars of a ballad (unless only auditioning for a nonmusical.) Be prepared to discuss schedule through December. Due to this season's casting needs, auditioners should be age 16 or older. Affiliation with the JCC is not required.

The theater will be casting for the following shows:

A summary of the plots and a breakdown of the characters to be cast can be found on the JCC's web site at orlandojcc.org/theater.

For more information about the shows planned, contact the JCC. Some roles will be paid!

The Jewish Pavilion seeks to connect our youth to our elders. Children learn about compassion, and interaction makes our elders feel loved and appreciated.

The Jewish Pavilion offers a rare opportunity for unaffiliated teens to connect to their Jewish heritage, make Jewish friends and learn Jewish songs and prayers, in a comfortable setting. For affiliated teens, the Jewish Pavilion provides a reinforcement of Jewish values, catching them at that post-B'nai Mitzvah age when so many of them begin to slack off on synagogue and youth group attendance. Special thanks to a generous annual grant from the Hornik Family Foundation and STEVEN HORNIK who lives locally, The Jewish Pavilion has been able to pay their program staff to organize fun-filled Shabbat and holiday celebrations with youth involvement. Groups of teen volunteers require far more time to set up, train and monitor than adult volunteers. These festivities benefit Jewish residents and their friends, spreading Jewish culture and understanding of Jewish customs and values. By including residents of all faiths, the youth serve as ambassadors of Judaism, making friends throughout each facility.  Instead of feeling isolated as a minority, Jewish residents are proud to be the center of so much fuss and attention.

Thanks to the generosity of the Hornik Family and the wonderful work of the Jewish Pavilion's four Program Directors, youth in Central Florida, from ages one to eighteen, have forged close connections with seniors. For further information, phone 407-678-9363.

I love to do these "shout-outs" because it tells readers about terrific people who do their jobs well.

As wonderful as all the folks I've written about in the past were... these two are the very, very best!

They are assigned to care for patients and do so with so much feeling, accuracy and love, it's amazing! 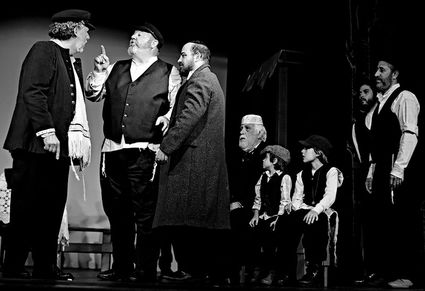 Tom Limbacher, as Tevye, lectures David Kay, as Lazar Wolf, and Adam Ben-Evi, as the Rabbi's Son, in last season's Theater at the J production of Fiddler on the Roof.

How lucky Winter Park Hospital is to have this high caliber of associates.

(I also want to personally thank Donna and Marc for the wonderful care they took of my spouse while he recently was a patient at the hospital.)

This struck me soooo funny: