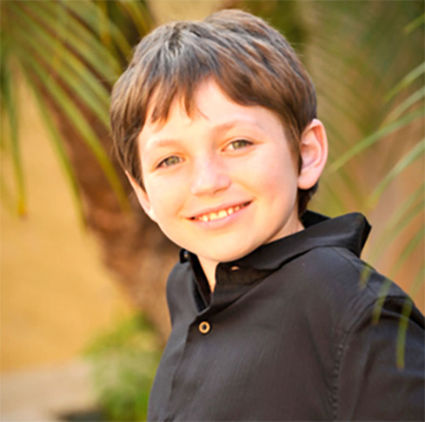 Jordan Michael Weiss, son of Kevin and Rona Weiss, will be called to the Torah as a bar mitzvah on Saturday, Aug. 29, 2015 at Congregation of Reform Judaism in Orlando.

Jordan attended Jewish Academy of Orlando through seventh grade, and is currently an eighth-grade student at Lake Highland Prep. Jordan is very active in musical theatre. Most recently, he appeared in the professional production of "A Christmas Story - The Musical" at the Orlando Rep Theater, as well as the Orlando Rep youth academy productions of "High School Musical" and "Mary Poppins." For his bar mitzvah project, Jordan led sing-a-longs to songs at local Assisted Living facilities around town. Jordan also enjoys performing magic, piano, reading, soccer, video games, and technology.

Sharing in Jordan's simcha will be his parents, Kevin and Rona Weiss; and his siblings, Shira and Ari. Also in attendance will be his grandmother, Harriet Weiss of Orlando; grandparents, Haim and Bernice Sayegh of New York; and extended family from Orlando, New York, Virginia, and throughout the United States.