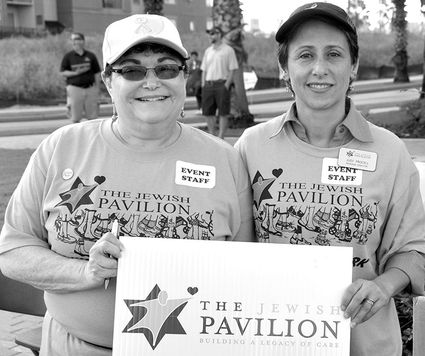 Of course I refer to this date, Sept. 11, when our country was attacked and so many Americans died, among them Alan Feinberg, a family member, who was a firefighter with the 59th battalion. Ladder 4. His firehouse was on 48th Street and 8th Avenue, NYC. He was rescuing people from Tower One of the World Trade Center when it collapsed.

This column is for and about you, not me...

But I want to take this opportunity to thank the many who sent sympathy cards and phoned me to say they were sorry for the loss of my life-partner and spouse of 55 years. Again, thank you.

I got this in an email from the World Jewish Congress (WJC) digest and pass it along to you:

"In the wake of rising anti-Semitism attacks in Hungary, the Pazmany Peter Catholic University in Budapest, Hungary's main religious higher educational institution, has mandated a course for all students titled 'The Holocaust and its Memory.'

This initiative, which begins this month, is believed to be the first of its kind in Europe. 'The university wants this new generation to have an authentic thinking about the Holocaust,' said rector SZABOLES SZUROMI. ' This education can be an example, not only for Hungarians but for all universities.'

The country's second most popular political party, the far-right and anti-Semitic Jobbik party, has already condemned this effort."

Another date in infamy...

In August 1936 for two weeks, Adolf Hitler's Nazi dictatorship hosted the Summer Olympics in Berlin, exploiting the games to camouflage its anti-Semitic racist and militaristic agenda and plans for territorial expansion.

I love to write about great people...

DOLORES INDEK has been volunteering her whole life.

She visits seniors in skilled nursing for the Jewish Pavilion and makes sure that they are well fed and entertained.

She babysits children while their parents take classes at Jewish Family Services.

She works in the office and at the gift shop at Congregation Ohev Shalom.

At many community events. You will find Dolores working at the registration table.

Dolores is equally involved as a volunteer for the general community. You can always count on Dolores for a warm smile and a kind heart. Above is a photo of Dolores helping at a Jewish Pavilion event with JUDY PROCELL, a program director for the Jewish Pavilion.

(I'm even smiling as I write about her!)

A super talent is coming to town...

Marty Madden and Double D Productions bring the Perfect American Housewife, DORIS DEAR, to The Abbey Sept. 21 at 8 p.m. after a sold out run in New York City. Doris' appearance is part of The Abbey's Monday Night Cabaret Series.

Doris Dear has been seen in countless movies and TV shows, as well as on stages around the world. Come hear her stories of growing up in the suburbs with her parents, Taffy and Duke, and experience her funny and poignant journey to becoming the Perfect American Housewife through songs and original stories. Growing up in the suburbs and becoming the Perfect American Housewife has always been her dream, but dreams don't always work out the way we plan...or do they?

Tickets to Doris Dear's Cabaret are on sale now and can be purchased atwww.TicketWeb.com. General admission tickets are $30. VIP tickets that include reserved table seating and a meet and greet are $40.

The full fall lineup for the Monday Night Cabaret Series at The Abbey will be announced in the coming weeks.

Lindsey is a Rollins College graduate as was my Irv. He was a twin also.)

Another Rollin's student, BEVERLY KIEVMAN COPEN, authored an e-book for young adults titled " Your Eyes Are Your Windows To The World," using photographs from around the world to introduce readers to other cultures and develop a sense of global awareness.

"Do you know what happened to me?" he demanded. "I found a fly in the raisin bread I bought from you yesterday."

Moishe gave a palms-up shrug and replied,"Nu, so you'll bring me the fly and I'll give you a raisin."

(Sounds fair to me!)