Robert Petree, committed to Israel and the Jewish community, dies at 82 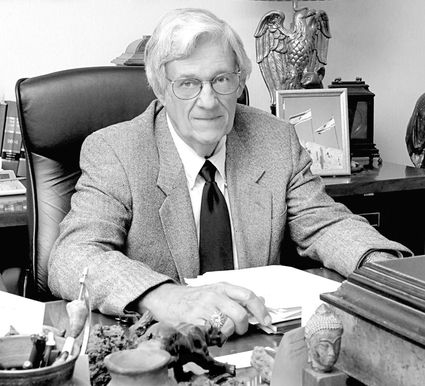 Robert G. Petree died on Tuesday Aug. 25, 2015. He was born in Winston Salem, N.C., on June 26, 1933, and resided in Winston Salem; Louisville, Ken.; Silver Springs, Md., and most recently Lake Mary. He attended American University, George Washington University College of Law, the Judge Advocate School of Military Law of the University of Virginia, and graduated from Duke University College of Law. He was a member of the Florida Bar, Federal Bar Association, and the Bars for U.S. Court of Military Appeals, U.S. District Court of Appeals and U.S. Supreme Court.

Mr. Petree practiced law for 50 years; he was the managing partner of Bornstein & Petree, which represented the American Civil Liberties Union and many other clients. They won major cases resulting in the integration of Orange, Seminole, and Volusia counties, involving restricting prayer in schools, and other First Amendment issues. He also practiced corporate, family and real estate law.

He was a lifelong Democrat, serving as president of Florida Young Democrats, vice president of the National Young Democrats, elected member of the Florida Democratic Executive Committee, and delegate for national conventions. Mr. Petree was elected as one of 10 outstanding Young Democrats in the United States. He served as a personal aide and staff member in presidential campaigns of Adlai Stevenson, Avril Harriman, Hubert Humphry, Jimmy Carter, Lyndon Johnson and as state campaign manager for Elliot Roosevelt. His other activities included pro bono counsel for A.C.L.U., Board of Improvement Association, president of Seminole County Community Action Association, organizer for tutorial assistance program for underprivileged children, president of the Winter Park United Nations Association, and president of the Central Florida Historical Society. He also recorded books for the blind.

Mr. Petree was a conservationist, naturalist, and student of ornithology, archeology and botany. He and his wife, Grace, collected wild orchids and plants from Central and South America and along the Amazon River. He traveled in the Middle East and brought back pre-Christian artifacts from Israel, Jordan, Turkey and Greece. His interest in ornithology began early and at age 12 he published an article in the Kentucky Ornithology Journal and lectured at the University of Louisville. His entomology collection was on public display in Louisville. He was devoted to wildlife protection, particularly cats, both large and small. He was a supporter and contributor to Tiger Haven, Tiger Preservation Center, Safe Haven for Tigers, Pride Rock Tiger Center, Alley Cat Allies and the National Humane Society.

Ten days after the Arab/Israel war of 1974, Bob went to Israel and visited the Golan Heights and Masada, after which he became a committed supporter of the State of Israel and the Jewish Community at large. He was the first non-Jew to be elected president of a Jewish agency in Central Florida, Jewish Family Services, on which board he served for 30 years. He also served as vice president of the Jewish Federation and member of its Allocations and Community Relations committees. He received the Heritage Human Service Award, The Bornstein Leadership Award, the George Wolly Service Award, the National J.F.S. Leadership Award and the Kinneret 8 over 80 Award.

Devoted to his late wife of 40 years, Grace, he is survived by his son, Ronson J. Petree,; daughter Kimberley P. McKinney; and his three granddaughters, Amelia Petree, Victoria and Brooke McKinney.  Remembrances may be sent to Jewish Family Services and the National Fund for the State of Israel.