Why are 2 million Israelis hungry? 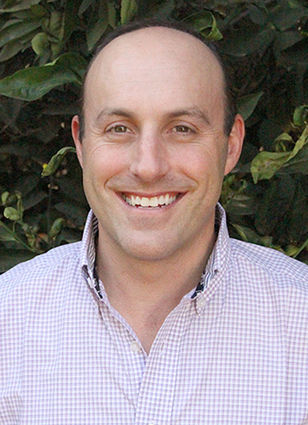 Recently the USDA and the EPA announced a food waste challenge with a goal to reduce food waste in the U.S. by 50 percent by 2030. How much food is really being wasted? Precise numbers are difficult to calculate, however, the U.S. Department of Agriculture in 2010 published a report that an estimated 133 billion pounds of food is lost at the retail and consumer levels.

Forty percent of all food manufactured goes to waste and never reaches the plate. Unfortunately, similar to every other western country, Israel is no different. While Israel is a thriving, cutting edge, modern country with over 8 million people, at least 2 million are living below the poverty line, in need of food assistance.

Leket Israel-The National Food Bank, now entering its 13th year of serving Israelis in need, rescues fresh, perishable food that would have otherwise gone to waste and redistributes it to 190 nonprofit organizations serving more than 140,000 people weekly. The food is collected from farms, packing houses, hotels, IDF bases and catering halls. Last year, we rescued more than 25 million pounds of fresh food which otherwise would have ended up in landfills producing methane, a harmful greenhouse gas.

At Leket we work hard to reach hundreds of farmers but there are many more out there. We work hard to encourage large catering companies, hotel chains and the IDF to allow us to collect their surplus meals. Leket has made great strides and is on target to collect 2 million hot meals in the coming year; however, there are many still not donating to Leket. Why? One reason may be that Israel does not yet have a Food Donation Act similar to that in the U.S., The Good Samaritan Food Donation Act which protects every food donor who donates food in good faith. Leket Israel has set this legislation in motion and we hope in the near future the Knesset will pass this bill so that new doors will open to Leket.

We are able to accomplish all that we do thanks to the assistance we receive from our 58,000 annual volunteers who come to pick in the fields, sort produce at our logistics center and rescue hot meals. Without this invaluable support, Leket would not be able to meets its goals and expand.

Next month we will welcome Uri Ariel, the Minister of Agriculture, to Leket's main logistics center in Ra'anana. At the moment, tons of produce is destroyed for a host of economic reasons, however, Ariel strongly believes that this status quo needs to change and instead of destruction; these fresh fruits and vegetables should be given to Leket Israel for distribution to the needy. With the proposed Food Donation Act, the support of the Agriculture Minister and other key members of the Knesset, we hope that food rescue will be at the forefront of everyone's mind as well as a priority for the government.

My hope for the New Year is that Leket will reach more sources of food, less food will go to waste and more Israelis will have access to fresh, nutritious food.

Joseph Gitler is founder and chairman of Leket Israel, The National Food Bank.