The Jewish Film Festival is back 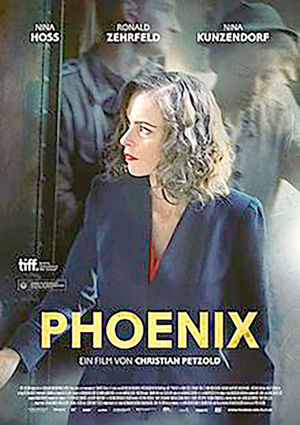 Five films will be shown during the Jewish Film Festival this year, co-sponsored by the Roth Family JCC of Greater Orlando and the Enzian Theater. This is the 17th year for this event that features Jewish and Israeli themes. Each film promises to make viewers laugh, cry and contemplate life situations.

Directed by John Goldschmidt, "Dough" is a many-tiered film with spatterings of Muslim/Jewish prejudices, big box store vs. family-owned business, Butch Cassidy and Sundance Kid, Alice B. Toklas, and of course, bread baking.

"Don't beat it. Be gentle, but don't be afraid of it" she would say. "You will know it is ready by the feel, smell and texture." And so kosher bakery shop owner Nat Dayan instructs Ayyash, a young Muslim apprentice about how to make challah.

One day, Dayan sees Ayyash pulling and tearing at the dough. "What are you doing?" he asks. "No worries," says Ayyash. "It is an African tradition." Little does Dayan know, Ayyash accidently stashed a bag of marijuana into the dough mixer. He is looking for the already absorbed drug. Soon business is booming and life in London's East End couldn't be happier. But twists happen and threats are just around the corner.

"Dough," starring Jonathan Pryce and Jerome Holder, holds many surprises for the viewers.

Just a simple rock carries viewers through this movie. Rocks are placed on Jewish graves rather than cut flowers because rocks last. Flowers wither and die.

Menachem Teitelbaum (played by German actor Mario Adorf) chose to forget his Jewish identity after escaping Auschwitz as a child. He became Marcus Schwarz and lived in Germany, leaving behind his Hungarian beginnings. However, at the end of his life, he wants to be remembered as being a Jewish man-and to be buried in a Jewish cemetery.

Together with an unlikely Turkish young woman accomplice named Gul, he sets off for Vac, Hungary, to find his birthright.

A mentsch is a responsible, good human being. The mentsch in this movie turns out to be not who viewers expect. A moving, thought provoking film, this is one not to be missed.

These films are shown in a specific order for a reason, according to Matthew Curtis, programming director of the Enzian. And I am beginning to understand the reasoning. "A Borrowed Identity" could easily have been called "The Last Mentsch," and visa versa: As Menachem Teitelbaum of "The Last Mentsch" changed his identity to forget his past, in this movie, Eyad, a gifted Palestinian Israeli boy, changes his identity to improve his future and in so doing, he truly is a mentsch.

Because he is a genius, Eyad has the opportunity to attend a prestigious Jewish boarding school. While here, he falls in love with a Jewish girl and befriends a Jewish boy who suffers from muscular dystrophy. Set in late 1980s, early 1990s Israel, this movie is much deeper than a "Bridget meets Bernie" sitcom. Nominated for four Israeli Oscars, "A Borrowed Identity" is an unusually sacrificial, delicate coming-of-age drama.

In Hebrew and Arabic with English subtitles. Directed by Eran Riklis.

The life of Julius Rosenwald is documented in an entertaining way using popular film footage, home movies, and commentary from celebrities, historians, family and statesmen.

Rosenwald was a man born at the right time, in the right place, and knew the right people. He was the driving force behind the rise of Sears Roebuck & Co. to become the largest department store in the U.S. Early in his career, he said that his goal was to earn $15,000, and save $5000, spend $5000 and give away $5000. Within a few years after joining Sears, he was making well over $2 million.

I grew up with Booker T & the MGs, but African Americans of the 19th century grew up with Booker T. Washington and J.R. Rosenwald. Thanks to Washington's book "Up from Slavery" and William Henry Baldwin Jr.'s book "An American Citizen," Rosenwald was inspired to use his position to do good to help African American's attain their freedom from racial inequality. Ironically, this man who never finished high school helped build over 5300 schools for African Americans during the early part of the 20th century, and he gave away $62 million in his lifetime.

A third movie involving one's identity! In this case, the main character, Nelly, a German-Jewish nightclub singer who survives a concentration camp, doesn't change her identity, but because her face is disfigured by a bullet wound, she has reconstructive surgery that recreates a similar but different face.

Duplicity and deception unfold in this story told in a post-World War II Germany as Nelly finds her husband, Johnny, who does not recognize her. In an attempt to get her inheritance, Johnny sees enough resemblance to his wife (whom he thinks is dead) to ask Nelly to impersonate her so he can get her money. Nelly plays along while trying to figure out if he may have been the one who betrayed her to the Nazis.

The title "Phoenix" has two meanings. It is the name of the nightclub where Nelly used to sing and where she ultimately finds Johnny. However, on a deeper level, in Greek mythology the Phoenix was a bird that could regenerate itself by obtaining a new life from the ashes of its predecessor. 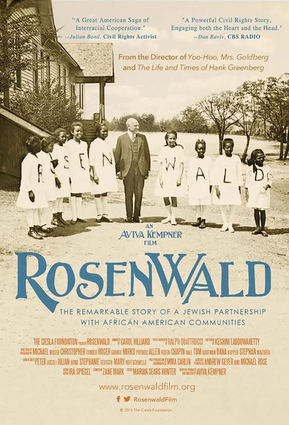 Nina Hoss (Nelly) sings a hauntingly beautiful "Speak Low," music by Kurt Weill/lyrics by Ogden Nash, as the film builds to its climax.

In German with English subtitles. Directed by Christian Petzold.