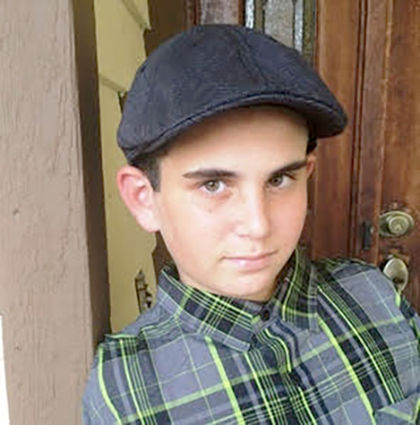 Logan Brett Intro, son of Curt and Leslie Intro of Longwood, will be called to the Torah as a bar mitzvah on Saturday, Dec. 19, 2015 at Congregation Beth Am of Longwood.

Logan is in the seventh grade at Teague Middle School where he plays trumpet in the school band and maintains a strong grade point average. His interests and hobbies include tennis, karate and playing video games.

Sharing in the family's simcha will be Logan's brother, Reid; grandparents, Mark and Carol Chaykin, and Max and Philis Intro; as well as family and friends from near and far.