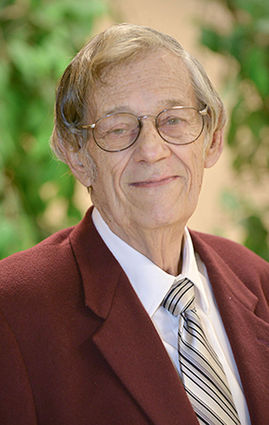 The Board of Directors of Jewish Family Services of Greater Orlando (JFS Orlando) has established the Robert G. Petree Memorial Fund, in honor of Robert "Bob" Petree, who passed away earlier this year.

According to Mike McKee, JFS Orlando president, "Bob was a longtime leader and ardent support of JFS Orlando. He served on the board for over 30 years in many leadership positions and as JFS' 11th president from 1994-1996. The board established this fund in Bob's memory, in recognition of many his years of dedicated support for the agency and the thousands of clients that it helps."

"Bob's endless support for the most vulnerable in society drew him to the work of JFS Orlando," said Eric Geboff, executive director. "During his tenure on the board and as president, Bob continuously advocated for helping the poor, homeless and aged members in Central Florida through the many programs offered by JFS Orlando. He truly cared about them and encouraged the agency to increase services to them during his tenure."

Donations to the Robert G. Petree Memorial Fund may be made with cash, securities and/or real property and should be directed to Eric Geboff, executive director, JFS Orlando, 2100 Lee Rd. Winter Park, FL 32789; by calling 407-644-7593 or via e-mail, eric.geboff@jfsorlando.org. All donations to the Fund are tax deductible to the extent provided by law.