Important AIPAC briefing at Beth Am 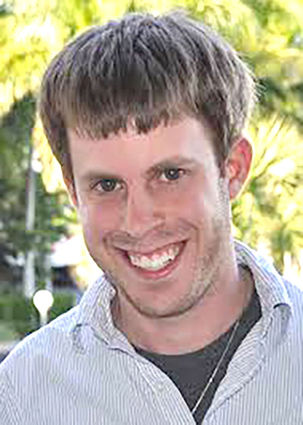 The American Israel Public Affairs Committee (AIPAC) in partnership with Congregation Beth Am invites the Central Florida Jewish community to a special briefing on Sunday, Jan. 10, 2016 at 10 a.m. in the synagogue social hall at 3899 Sand Lake Road, Longwood. Presented by Josh Nason, this important update is titled "The Threats to Israel's Security in the Deteriorating Middle East."

Josh Nason works as a senior policy analyst in Policy & Government Affairs at AIPAC, where he works with congressional offices on a broad range of Middle East issues. Immediately before joining AIPAC, Nason worked at the Woodrow Wilson Center as a research assistant to former State Department Middle East adviser Aaron David Miller, working on the book "The End of Greatness: Why America Can't Have (and Doesn't Want) Another Great President."  Nason's writings on the Middle East have appeared in Foreign Policy, Tablet Magazine, Times of Israel, and CNN.

Rabbi Rick Sherwin has attended AIPAC's National Rabbinic Symposia and AIPAC Policy Conferences in Washington, D.C. Unwavering in his support of Israel, Rabbi Rick feels, especially given the current escalation of hostilities in the Middle East, that it is important for him, his congregants at Beth Am and the Central Florida Jewish community to remain educated and engaged on all the issues. Sherwin commented, "With the deteriorating relationships in the Middle East it is time for us to stop pointing fingers at each other from opposite sides of the aisle and start focusing on what we can do in a united effort to support Israel."

The mission of AIPAC is to strengthen, protect and promote the U.S.-Israel relationship in ways that enhance the security of Israel and the United States. AIPAC's staff and citizen activists educate decision makers about the bonds that unite the United States and Israel and how it is in America's best interest to help ensure that the Jewish state is safe, strong and secure. Cooperation between the two countries is advantageous for both nations. AIPAC urges all members of Congress to support Israel through foreign aid, government partnerships, joint anti-terrorism efforts and the promotion of a negotiated two-state solution-a Jewish state of Israel and a demilitarized Palestinian state.

Debbie Davids, president of Congregation Beth Am, encourages all members of our community, Jewish and non-Jewish, who are interested in the continued survival of Israel to attend this important briefing. Light refreshments will be served. Attendees should RSVP by Jan. 8, 2016 to Jeffrey Dawson at jdawson@aipac.org or (954) 382-6110.