Introducing the ACCoRD Project 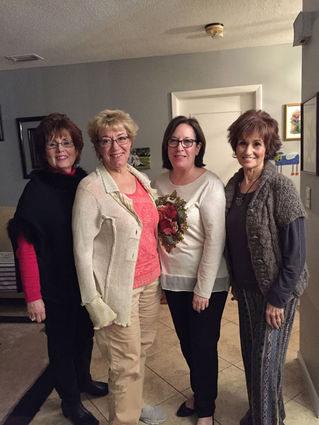 The ACCoRD Project was developed through a series of parlour meetings with a group of passionate, action-oriented, highly committed individuals who each have a desire to work toward a change in the very negative political arena. The leadership of this group is comprised of Bonnie Friedman, Barbara Chasnov, Es Cohen, Susan Weinman, and Roberta Cooper, all active Central Florida citizens involved in many worthwhile endeavors.

The acronym in the ACCoRD Project stands for "Advocating for Civility, Cooperation, Respect and Dignity," whose mission is to advocate for political conversations that address issues and differences with civility, cooperation, dignity and respect. It is a bipartisan group where all individuals who wish to see a strong America, one that Americans can be proud of, are welcome to join.

"I see more disheartened, discouraged young people who worry about their children's future and feel that they no longer have the power to make changes," Friedman stated. "I say, get involved and be part of the change-join us."

The ACCoRD Project's target audience has a three-pronged approach:

• To see our political leaders and those who aspire to leadership model the above behaviors, and place statesmanship and good of country ahead of party.

• To have the media report without bias, educate, stimulate and inform, rather than create news or entertain for ratings.

• Where as, the general population can once again sit down with each other to share respectful political conversations, with open minds to differing viewpoints to learn from each other.

The ACCoRD Project is not a political organization.

Anyone with a passion to help promote change is encouraged to join with the hope to continue to broaden membership with diversity. While we have important political issues that we believe in, this is not part of our mission, which is simply to make people aware of how important it is to bring back dignity, respect, cooperation and civility to our well-being.

Several educational programs and hosted-debate parties have been planned for this group.

ACCoRD Project ambassadors are available to speak with local politicians as well as interested local groups. To date, there have been conversations with Grace Nelson and Senator Rubio's staff.

One of the ACCoRD's goals is to form branches in Mount Dora, Ocala and other cities.

The ACCoRD Project will be introducing a website, a Facebook page, as well as a mounting social media program. In addition, the ACCoRD Project has researched other grassroot organizations around the country who have similar agendas and have reached out to work together with them.

Many of the ACCoRD founding members are educators who are deeply concerned by the message of today's politics conveyed to our children. We teach our children not to be bullies or insult each other but to have open minds and respect one another. We would like to see these traits and good behaviors modeled by our political leaders who thus far have displayed poor judgment in their manners.

Stay tuned for more information on the ACCoRD Project in the near future.