By Noga Tarnopolsky
The Media Line 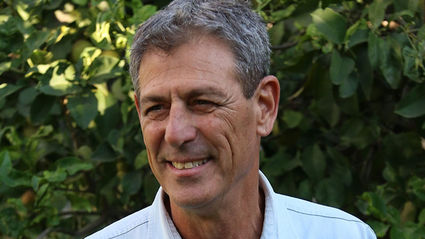 For the past nine years, the 29-year-old New York-born resident of Ft. Pierce, Fla., worked as a security officer for the G4S company in the town of Jupiter, during which time, it appears, he managed to spook many of his co-workers, numerous acquaintances and his Internet bride.

"When I saw his picture on the news, I thought, 'Of course, he did that,'" said Eric Baumer, a G4S co-worker told Newsday. "He had bad things to say about everybody-blacks, Jews, gays, a lot of politicians, our soldiers. He had a lot of hate in him. He told me America destroyed Afghanistan."

"He did talk about killing people-gay people-people he thought were bad," Baumer added. "I didn't know he meant it. How could you know?"

Another co-worker, Daniel Gilroy, told the New York Times that when he heard about the shooting attack "I wasn't shocked. I saw it coming."

Mateen, he said, "talked about killing people all the time."

Expressing regret that no action had been taken against Mateen, Gilroy, a former police officer who claims to have repeatedly alerted G4S to Mateen's profane utterances and frequent racial, ethnic and sexual slurs, said "he was just agitated about everything, always shaken, always agitated, always mad."

"I kind of feel a little guilty that I didn't fight harder," Gilroy said. "If I didn't walk away and I fought, then maybe 50 people would still be alive today."

"He'd scream and scream, and one time... I could hear her asking him to stop hitting her," she recalled, adding that she had seen Yusufiy run out of the house in tears more than once.

Speaking from her new home in Boulder, Colorado, Yusufiy told CNN that she was "devastated, shocked. I started shaking and crying. More than anything I was so deeply heartbroken for the people that lost loved ones."

She described her onetime husband of about a year as initially "normal," then, gradually, becoming physically abusive.

Two years ago, alerted by Mateen's colleagues, the FBI investigated him for potential links to Moner Mohammad Abu Salha, the first American-born terrorist to carry out a suicide bomb attack in Syria.

Experts and lay people alike are now focusing on the question of how it was all missed.

Israeli security experts who have amassed more direct experience than most of their colleagues with "lone wolf" Islamist attacks had words of identification and words of caution for their counterparts in the West.

Sounding grim, Ram Ben-Barak, the former deputy chief of Israel's famed Mossad intelligence agency, told The Media Line, "This is a war. It is an attack upon the West and the United States just like at the time of 9/11."

In numerous surveys, Israelis have displayed a much greater willingness than Americans to relinquish certain rights of privacy in exchange for a vigorous security régime, a fact reflected in Ben-Barak's comments, which he mitigated by adding "of course, you need regulation in place so that this is not abused, but the targets need to be uncovered and stopped before they manage to perpetrate their attacks."

"They will have to start to develop networks, quickly," he said of his American peers. "The problem today is not in collecting intelligence, but in processing it and separating the wheat from the chaff. And even then," he sighed, "it's not 100 percent sure. These are very complicated events."

The complication in the definition of the crime came quickly, as Los Angeles police announced the arrest of a suspect identified as James Howell, who was arrested hours after the Orlando massacre while on his way to the LA Gay Pride Parade carrying in his car an arsenal of assault rifles, explosives and Tannerite, a substance used to make pipe bombs, along with loaded gun magazines taped together and a security badge.

Rukmini Callimachi, the New York Times correspondent covering militant Islamist movements, tweeted extensively about Mateen's adherence to instructions transmitted in recent months by Islamic State outlets encouraging "lone wolf" attacks, and stated that as a result, "I feel somewhat uncomfortable calling the Orlando shooter a 'lone wolf', but am continuing to do so because I don't know of a better term."

Michael S. Smith, a terror expert from the Congressional Taskforce on Terrorism and Unconventional Warfare, posted in reaction that in fact there has only been a single true Lone Wolf in the history of American terror: "The Unabomber. Had 0 contacts."

In a bizarre moment in the day's proceedings, Seddique Mir Mateen, Omar's father, posted a Facebook video announcing the death of his son to some 8,000 followers.

"My son, Omar Mateen, was a very good boy, an educated boy, who had a child and a wife, very respectful of his parents," the immigrant from Afghanistan said speaking directly to the camera.

"I don't know what caused this," the father said. "I did not know and did not understand that he has anger in his heart."

"Only God can punish homosexuality," he continued, referring to the attack at Pulse, the popular Orlando gay nightclub. "This is not an issue for humans to punish."

A senior Israeli security expert who had operational responsibilities for ensuring the security of the last Olympic Games and World Cup, told The Media Line that "a case like this is an almost impossible task." 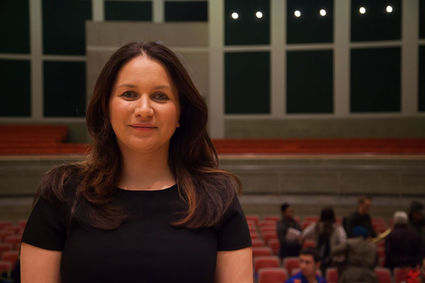 Mentioning the recent attack on a Tel Aviv café, the expert, who requested anonymity because of the discretion required by his work, said "it is very difficult to prepare against the so-called 'lone wolves.' Until the leaders of ISIS are eliminated, it will, in my estimation, be impossible to keep up with all the individuals-with these lone terrorists it is very, very difficult."

Ben-Barak, the former deputy head of the Mossad, also emphasized the difficulty of acting against such threats, and declined to criticize the security arrangements at the nightclub. "In every case," he said, "the building itself is the very last line of defense. Think of a football game-it doesn't much matter if an attacker hits the cash registers at the entrance or commits his crime on the pitch. You get to the same result. The building itself is important, but it is the last ring of security."