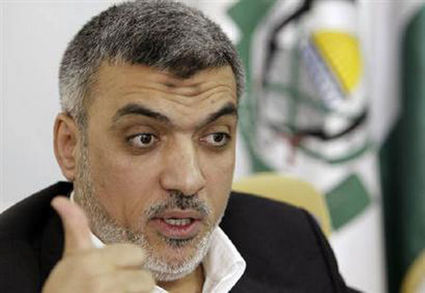 "I condemn Facebook's administration for closing my personal account for the seventh time in a row, and I consider the [decision] bias in favor [of] the occupation and its dictates and against the struggle of our people for the sake of freedom," Rishq, who is a close confidante of Hamas leader Khaled Meshaal, said on Twitter, the Jerusalem Post reported.

The move follows a lawsuit filed by the NGO Shurat HaDin against Facebook for allowing Hamas to use the social media site to facilitate terror activities.

"This lawsuit should be no surprise to Facebook, which has knowingly provided its social media platform and services to Hamas, its leaders, and affiliates for years," Nitsana Darshan-Leitner, director of Shurat HaDin said in a press statement.

"Facebook must now be held accountable for its role in facilitating Hamas's terrorist activity, including the terror attacks that injured and killed the victims in this lawsuit," she added.