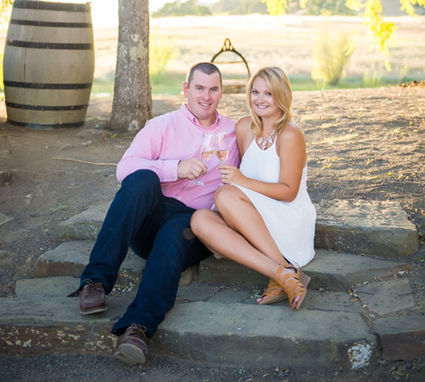 Hank and Suzanne Lander of Casselberry, Fla., are pleased to announce the engagement of their daughter, Jessica "Jess" Lander, to Nick Reinell, son of Fred and Vicki Reinell of Napa, California.

The bride-elect graduated from Emerson College in Boston, Mass., in May 2010, earning a Bachelor of Arts degree in print journalism with a minor in photography. A position as a writer for a local Napa Valley newspaper brought her to California after graduation and she currently works as a freelance writer and social media specialist.

The groom-elect graduated from Indiana University in Bloomington, Ind., in May 2007, earning a Bachelor of Science degree in biology. He currently works as the Cellar Master for Peju Province Winery in Rutherford, California.

The couple, who reside in the Napa Valley area of California, share a love of sports and travel. Having played soccer since she was seven (and played at Emerson as well), Jess' love of soccer continues and she plays whenever she can. Jess traveled to South Africa in 2010 to watch the Men's World Cup soccer tournaments and last year, she and Nick traveled to Vancouver to see the U.S. Women's Soccer team win the 2015 World Cup against Japan.

Nick plays hockey and the two of them play rugby together.

Although no plans have been made at this time, the couple hopes to honeymoon somewhere overseas.