Pelli steps down Hanson steps up 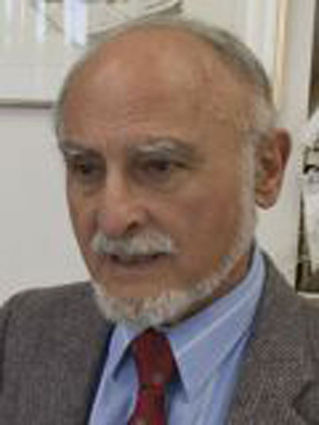 Dr. Moshe Pelli, whose name is almost synonymous with the Interdisciplinary Judaic Studies Program at the University of Central Florida, has stepped down as director of the program. However, he is quick to state that he is not retiring. That is one word never to be in his vocabulary-in English or Hebrew.

He will remain the Tess and Abe Wise Endowed Professor of Judaic Studies. After taking some time off to study and do research for a book he was finishing this past spring, he returns this fall to the Judaic Studies Program to teach II Semester Hebrew.

His decision to step down came about last December, when he notified Dean Jose Fernandez of his plans.

"I would like to convey our gratitude to Dr. Pelli for 31 years of service as director and his dedication to the program," Fernandez stated in a memo to the faculty and UCF administration.

Interestingly, Pelli did not create the Judaic Studies program. In 1983, a visiting professor set up part of the program while on Sabbatical here. Pelli was selected as the director after a national search in 1984, and further developed the program, adding more and diverse courses.

Born in Israel, Pelli served in the Israeli Defense Force as a military correspondent and fought in the 1956 war and the Yom Kippur War of 1973.

He came to the States in 1957 and studied at Columbia University and New York University, where he graduated with a bachelor's degree in journalism. While studying at NYU, he worked at the Histadruth Ivrith of America as the executive director and editor of Hanoar Haivri, the Hebrew Youth Organization and director of the educational program for Hebrew Schools. He earned his doctorate in Modern Hebrew Literature; Jewish Intellectual History from The Dropsie College for Hebrew and Cognate Learning in Philadelphia.

In addition to his academic career, Pelli has published 16 scholarly books on Hebrew Enlightenment, Hebrew culture in America, and literature of the Holocaust, 2 novels, 8 children books, 3 text anthologies, and 15 short stories. He has also reviewed articles and books and given 86 presentations. He has received numerous awards over his career and is listed in many "Who's Who" book in the States, Europe and Israel. It would take a few pages of The Heritage to write about all of his accomplishments and awards.

When Pelli requested to step down, he recommended that Dr. Kenneth Hanson be appointed interim director of the program while a national search was made for a permanent director.

The search didn't take very long as the perfect fit for the job was Hanson, who assumed the directorship this summer.

Hanson came to UCF in 1993 as an adjunct professor in the Judaic Studies Program. After about 10 years, he became an associate professor. He also taught at the Holocaust Center Summer Institute for many years.

Hanson earned his degree in Judaic Studies from the University of Texas at Austin, and has written five books. (The Heritage had a feature story on Hanson when he wrote his first book, "Dead Sea Scrolls: The Untold Story," in1997). Since then, he has written on Kabbalah, lost books of the Bible and other intriguing and scholarly topics.

Charismatic and energetic, he presents Jewish history and culture in a refreshing, engaging fashion. He also has been on several television documentaries, including Ancient Aliens on Discovery Channel, Mysteries at the Castle on the Travel Channel and recently, Banned from the Bible II on the History Channel. 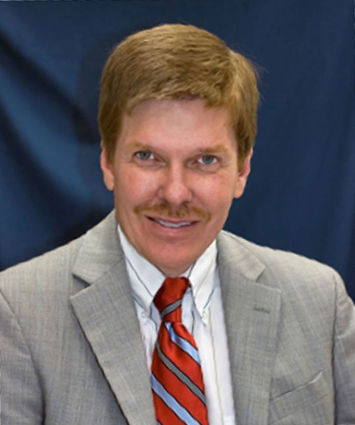 As director, Hanson has already changed things up a bit in the program. Several of the courses are web-based classes. Called the "Steve Jobs of Judaic Studies," Hanson is bringing a touch of humanity to technology (as Jobs did). Already, he has seen dynamic changes in students. "We have 100 percent attention and attendance," he stated about the web-based classes. Mind you, this is not a course that has pages and pages of textbook on the screen that students are required to read-as some online courses are taught. A natural storyteller, Hanson is too innovative for that. The courses have video episodes, with Hanson portraying characters. For an example of his style of teaching, visit his website http://www.treasuresintime.org and see how Hanson makes biblical history come to life.

This past summer, he traveled nine countries and was a visiting lecturer at the National University of Ostrvo Academy. While there, Hanson was encouraged that there is hope for the Ukrainian Jewish community. It also encouraged him to take the steps to form a partnership between the UCF Judaic Studies Program and the Ostroh Academy.

For information about the Judaic Studies Program, visit http://judaicstudies.cah.ucf.edu or call Dr. Hanson at 407-823-5039.