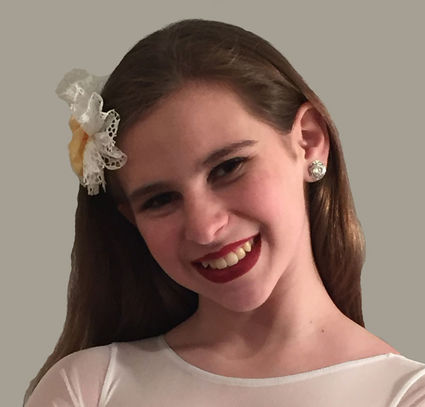 Rachel Marie Hart, daughter of Lisa Stevens Hart of Oviedo, will be called to the Torah as a bat mitzvah on Saturday, Nov. 12, 2016, at Temple Israel in Winter Springs.

Rachel is in the seventh grade at Indian Trails Middle School where she is a member of the Beta Club.

Rachel attends Orlando Ballet School six days a week and will dance in the Orlando Ballet's performance of The Nutcracker as a toy soldier at the Dr. Phillips Center next month. Rachel has been dancing since she was two years old and has won many awards and scholarships.

Sharing in the family's simcha will be Rachel's brother, Ryan; grandparents Michael and Beverly Stevens; and great-grandmother, Mary Stevens of Tampa; Lisa's fiancé Avi Scudder of Oviedo; as well as family and friends from Florida, New York, and Louisiana.