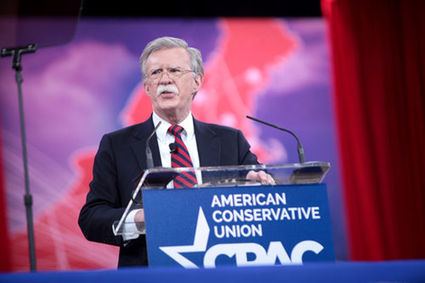 John Bolton, the former U.S. ambassador to the United Nations.

WASHINGTON-Although it will be some time before President-elect Donald Trump names the members of his cabinet, the four individuals most often mentioned as contenders for the administration's top foreign policy post all have strong pro-Israel records.

Bolton, 67, served as U.S. ambassador to the United Nations from 2005-2006 in the George W. Bush administration. Bolton strongly criticized the Obama administration last month for changing a White House press release that had referred to Jerusalem as being in Israel. He said Obama's stance on Jerusalem is "a more radical position than the official position of the United States" and chided the president for sticking "a thumb in the eye to Bibi (Prime Minister Benjamin) Netanyahu."

"Obama's got three more months to insult Netanyahu and demean the state of Israel-this is just another example of it," said Bolton, who has also been a vocal opponent of the Obama administration-brokered Iran nuclear deal.

Bolton played a key role in the successful U.S. effort in 1991 to revoke the U.N.'s "Zionism is racism" resolution while assistant secretary for international organization affairs in the George H.W. Bush administration.

Bolton is currently a fellow at the conservative American Enterprise Institute think tank and a commentator on Fox News. He is also a member of the advisory board of the Jewish Institute for National Security Affairs (JINSA), a pro-Israel think tank in Washington, D.C.

NBC News and other sources have mentioned Newt Gingrich as a leading possibility for secretary of state. Gingrich, 73, an 11-term Republican congressman from Georgia, served as speaker of the U.S. House of Representatives from 1995-1999.

Gingrich long has been known as a strong supporter of Israel and a critic of the Palestinian Authority (PA). In one 1997 speech from the floor of the House, he said the PA's execution of Arabs suspected of selling land to Jews "is the kind of action we identify with Nazis... Mr. [Yasser] Arafat, you owe it to the world to stop this kind of killing, to protect people engaged in decent commerce."

In a 2011 interview on The Jewish Channel, Gingrich chided the PA for "stonewalling the peace process" and refusing to recognize Israel's right to exist as a Jewish state. He also said he admires Netanyahu both because "he's a guy who really puts Israel's security first" and because "he's a very free market guy who helped create the entrepreneurial boom that has made Israel so successful."

According to The Hill, another candidate for secretary of state is Sen. Bob Corker (R-Tenn.),  chairman of the Senate Foreign Relations Committee. Corker, 64, charged that the Obama administration "got fleeced" on the Iran deal. He was the author of the Iran Nuclear Agreement Review Act, which was intended to give Congress a larger say in the Obama administration's negotiations with Iran.

Corker criticized Obama for giving up on "anytime, anywhere" inspections of Iranian nuclear sites, and for effectively agreeing "to move from having [Iran's] nuclear program dismantled to having its nuclear proliferation managed." He also urged Obama to reach "a clear agreement with Israel over when and how to respond to Israel's nuclear program," since "while our capabilities give us more time, Israel has fewer capabilities and sees their window closing far more quickly."

Corker's voting record on Arab-Israeli issues has earned him a rating of zero from James Zogby's Arab American Institute. Zogby, who co-chaired the resolutions committee of this year's Democratic Party convention, is a harsh critic of Israel and American Jewish organizations.

According to CNN, Sen. Jeff Sessions is also on the short list for secretary of state. Sessions, 69, is a four-term senator from Alabama who was one of Trump's earliest supporters.

The Mobile Area Jewish Federation last year presented Sen. Sessions with its first "Yedid L'Yisrael" [friend of Israel] award, a sculpture fashioned from a Hamas rocket that had been fired at Israel. The federation praised his consistently pro-Israel voting record and his advocacy of "the principle that it is in the national interest of the U.S. to ally itself with Israel." Like Sen. Corker, Sessions has earned a zero rating from the Arab-American Institute.

The New York Times columnist Nicholas Kristof attempted to throw another hat into the ring for secretary of state this week. "It is perfectly possible that Trump will appoint as secretary of state an experienced Republican like Richard Haass," Kristof wrote. Haass, 65, was closely associated with Secretary of State James Baker's policies toward Israel during his years as director of the Near East desk at the National Security Council from 1989-1993. 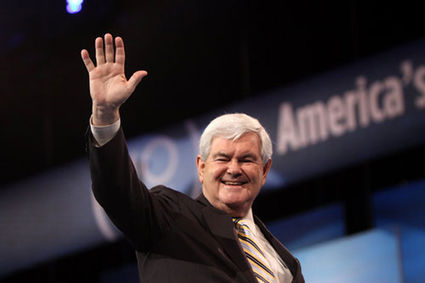 Newsweek reported in 1992 that Haass authored or coauthored President George H.W. Bush's most confrontational speeches regarding Israel, including his opposition to loan guarantees for the resettlement of Soviet Jewish refugees in Israel. Haass also raised eyebrows in the pro-Israel community with his June 1997 policy paper for the Brookings Institution think tank, titled "Making Oslo Work." In that essay, Haass claimed that Israeli construction in Jerusalem's Har Homa neighborhood was the "impetus" for Palestinian terrorism.

A position for Haass in a Trump administration would be especially surprising in view of Haass's recent criticism of the president-elect. In an interview with the New York Observer in September, Haass accused Trump of "exaggerating the cost" of the current U.S. role in the North Atlantic Treaty Organization (NATO). Asked if he believes that Trump's statements regarding NATO have already "damaged the alliance," Haass replied, "I do." The publisher of the Observer is Trump's Jewish son-in-law, Jared Kushner.