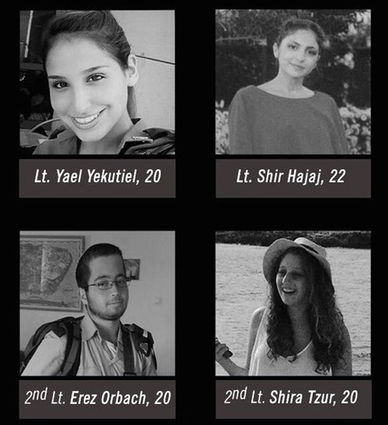 A Palestinian driver rammed a truck into a crowd of Israeli soldiers Sunday at the scenic Haas Promenade overlooking Jerusalem's Old City, killing four and injuring 16 others in a terror attack that immediately drew comparisons to recent vehicular attacks in Europe.

"This attack is part of the jihad against us, and the [car-ramming] methods that are being employed are part of the same methods that we saw recently in Nice and Berlin," Dr. Mordechai Kedar, senior lecturer in the Department of Arabic at Israel's Bar-Ilan University, told JNS.org.

Kedar's comments echo those of Israeli Prime Minister Benjamin Netanyahu, who also likened the attack to the truck-rammings in France (July 2016) and Germany (December 2016). But Kedar took the comparison a step further, likening the Jerusalem truck-ramming to the attacks of September 11, 2001.

"It's just like airplanes that were crashed into skyscrapers," he said. "Whether it is a car, a truck or an airplane, it is the same idea-to take something which looks innocent, which looks peaceful, which looks constructive, and to turn it into a deadly weapon."

Netanyahu and Defense Minister Avigdor Lieberman toured the scene of the attack before convening an emergency cabinet session to consider Israel's responses.

"We know the identity of the attacker, and according to all the signs he is a supporter of Islamic State," Netanyahu said.

The attacker was identified as Fadi al-Qanbar, a 28-year-old father of four from the Arab neighborhood of Jabel Mukaber, which abuts the promenade in Jerusalem. Following the attack, Quds News Media reported that al-Qanbar's sister praised the attack, stating, "Praise God. God chose him for this martyrdom." The terrorist was shot dead in his vehicle by soldiers and a civilian tour guide.

"We are fighting this plague, and will defeat it," Netanyahu said. "We will overcome this terror, just as we overcame other attacks."

The attack occurred several hundred yards from the Israel headquarters of the United Nations, which sits just atop the promenade. In late December, the U.N. Security Council passed Resolution 2334, calling ongoing Jewish settlement construction in eastern sections of Jerusalem and the West Bank a "flagrant violation" of international law.

"The U.N. Security Council resolution gives Israel the image of a weak country," Kedar told JNS.org. "In the Middle East, weakness does not prevent terror. Strength prevents terror, while weakness invites terror. What happened in the United Nations was

counterproductive. It made Israel more vulnerable. And this invites terror."

The attack also took place just over 1 kilometer (0.62 mile) from the U.S. Consulate in Jerusalem. President-elect Donald Trump and his ambassador-designate to Israel, David Friedman, have called to move the U.S. Embassy in Israel from Tel Aviv to Jerusalem-a move that would recognize Israel's sovereignty over its capital city against the demands of the Palestinian Authority, which retains hope that eastern sections of Jerusalem would be designated as the capital of a future Palestinian state.

Outgoing U.S. Secretary of State John Kerry warned Friday that moving the embassy would increase violence in the region.

"You'd have an explosion," Kerry said, "an absolute explosion in the region, not just in the West Bank and perhaps even in Israel itself, but throughout the region."

Yet according to Kedar, the embassy is not to blame for rampant regional chaos. "Look at Syria, look at Iraq, look at Yemen, look at Libya, look at Sudan. We had this chaos before the idea was raised to bring the embassy to Jerusalem," he said.

Defense Minister Lieberman refuted the concept that Sunday's terror attack was a response to settlement building or plans to move the embassy, telling reporters at the scene, "There was no other reason and no need to look for an excuse; not Jewish settlements and negotiations, but an attack inspired by ISIS."

Lieberman insisted the attack was carried out because "we are Jews and we live here in Israel," vowing, "We will fight this terrorism with all tools at our disposal and I'm sure that will win."

During the past several years, numerous terrorists have come from Jabel Mukaber, among the most radicalized Arab neighborhoods in eastern Jerusalem. Jabel Mukaber residents routinely use the road along the promenade as their primary access point into western sections of Jerusalem.

The promenade itself and the "peace forest" below it form part of a seam line between Arab and Jewish sections of the city, and cameras line the promenade to help provide security to tourists and local Jewish residents. A police station is also located nearby.

Several local citizens have worked to bolster security in the area. JJ Lewis, a volunteer with the Civilian Guard in Jerusalem, told JNS.org that "over the course of the past two years, there has been an increase in the number of civilians carrying firearms."

Despite the presence of dozens of soldiers at the promenade Sunday, a civilian tour guide was one of the individuals credited with neutralizing the terrorist.

"The promenade has always been part of Israel," Lewis said. "This wasn't an attack on a far-out settlement, this was an attack into the heartland."

In Kedar's view, jihadists "are fighting against us because they don't want us here at all. Neither in Jerusalem, nor in Tel Aviv, nor in Haifa, nor anywhere else. The whole existence of the state of Israel is a thorn in their eyes."