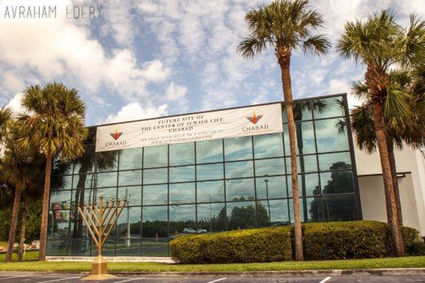 The Anti-Defamation League is also troubled by the many threats. ADL Florida Regional Director Hava L. Holzhauer issued the following statement: "It is disheartening to begin 2017 with hate being called into Jewish Institutions. Make no mistake, these are terror acts intended to intimidate and disrupt the everyday lives of Jewish members of the community. We are grateful for the quick response of various law enforcement departments from across the state, which have assisted in the evacuations and clearance of the facilities impacted by these calls. We value our freedoms and inclusiveness in this country. We hope law enforcement will find the individuals responsible for these cowardly acts and bring them to justice."

A second bomb threat was called in to the JCC campus on Monday morning, Jan. 9, and once again the entire campus was evacuated.

This kind of threat is taken very seriously. The Maitland police were called and they acted quickly to contact the FBI and other local law agencies. According to the campus's emergency response procedures, the entire campus, including The Roth Family JCC and Holocaust Memorial Resource and Education Center were immediately evacuated. Head of School Alan Rusonik told the Heritage that the Jewish Academy students and the children in the Early Childhood Learning Center were evacuated to a designated evacuation site where parents came to pick up their children. The Maitland Police Department closed off Maitland Avenue and portions of Maitland Boulevard as the buildings were checked by bomb-sniffing K-9s.

After about an hour, the campus was reopened after no suspicious devices were found. The Jewish Academy re-opened on Thursday, Jan. 5.

Keith Dvorchik, The Roth Family JCC CEO, stated that it was very obvious that those who called wanted to terrorize the Jewish community. He also stressed that he is pleased with the relationship the JCC campus has with the Maitland police and commented them on the promptness of their response and the thoroughness of their investigation.

Brennan, who just started his job as security director on the JCC campus on Jan. 3, thanked the entire Maitland Police department for their diligence and resources. "We have a strong relationship with both agencies, who have always, and will continue to, make the security of our campus a top priority," he stated in an email to all JCC members.

Shortly after the first call came into the Jewish Academy, a similar call was received at Chabad of South Orlando. The office manager who took the call initially hung up on the caller stating she couldn't hear what he was saying because his voice was very distorted. The caller called again and asked in a digitized-sounding voice if she could hear him, then stated, according to her, "there is a bomb in the shul."

Rabbi Yosef Konikov wasn't sure if she heard correctly that the person said "shul" because of the distortion. "Perhaps he said school," Rabbi Konikov stated, since the Maitland call was directed to the Jewish Academy.

As in Maitland, the police response-this time the Orange County Sheriff's Office, was quick to respond and very competent. There were 50 children in the building and about 20 staff who were all evacuated to Chabad's other location.

Were the children afraid? "No," said Konikov. "We said it was practice for an emergency."

The parents were informed and told exactly what had happened and were given the choice to pick up their children or let them return to classes. All of the children returned.

"We, too, have a great relationship with the Orange County police. They quickly handled the situation and within one hour had gone through the entire building with the K-9 dogs."

Konikov also stated that Mayor Theresa Jacobs called him to share her concerns.

"While it is typical for people filled with hate to attempt to intimidate places of love and inclusiveness, we must see this as a call to increase in acts of love, goodness, kindness and Mitzvot," Rabbi Konikov said.

On Thursday, Jan. 5, around noon, Chabad of South Orlando received another threatening phone call and Rabbi Konikov once again called in the Orange County Sheriff's Office, who evacuated the building.

In an email update, Rabbi Konikov stated that he has been in touch with the Lubavitch Security Department and they have put Chabad of South Orlando in touch with a wider network of agencies, including the FBI.

"I want to thank our office staff and teachers for acting swiftly, in a calm manner, and reassuring the kids that they were safe and being taken care of at all times," he said.

In response to these threats, Chabad of South Orlando has requested another immediate and ongoing security training and emergency procedure review with the Orange County Counter Terrorism Unit.

They are also in touch with the ADL and other Florida organizations that provide training and assistance specifically to Jewish institutions in Florida, to update and refresh the staff and specific members' skills in being ready to respond to terror or attacks.

"We pray for calm and security at Chabad's Center of Jewish Life, JAO, Maitland campus, as well as every Jewish institution here and abroad.

With a prayer for the coming of Moshiach when hate and evil will be eradicated and nations will live together in peace," Rabbi Konikov concluded.

While this was happening in Central Florida, also on Thursday, the Tampa Jewish Community Center and Federation received two threatening phone calls. Both calls were recorded "robocalls" and had different messages: One was a bomb threat and the other said gunmen were coming to the preschool. Once again on Monday, Jan. 9, Tampa's JCC received another robocall.

Also on Monday, the Jewish Community Alliance in Mandarin, a suburb of Jacksonville, received a bomb threat. Posting on social media, "We received a threat to our building, and in an abundance of caution we have evacuated. Authorities are investigating. EVERYONE IS SAFE!"

When Heritage tried to call The Roth Family JCC on Monday afternoon to speak with the security director, the facility was closed.

Florida has not been the only state where Jewish institutions have been targeted. There have been reports of bomb threats today at Jewish Community Centers in several states, including Tennessee, Maryland, South Carolina, Delaware, and Pennsylvania. These follow several bomb threats called in to Georgia and New Jersey institutions last week.