Schindler's List survivor: 'Don't stand by and do nothing' 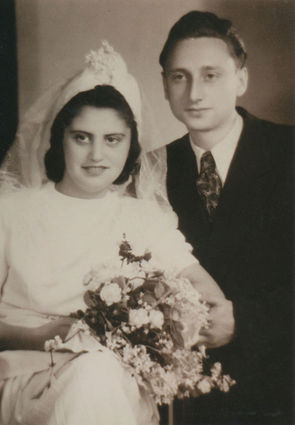 Rena Ferber and Mark Finder on their wedding day.

Rena Ferber Finder was born in Krakow, Poland in 1929. She was the youngest of Schindler's List survivors. She is committed to sharing her story in the hope of keeping the lessons of the Holocaust alive.

"In this world of bullying and hate crimes, it's important to teach children not to stand by-you have to go and get help. Don't stand by and do nothing," she said.

Finder will be here at Chabad of North Orlando on Sunday, March 26, at 7:30 p.m. to share her story and give encouragement to everyone.

"You can do so much with what you've got. You've got an education, a brain, and your heart. You have the power to make changes."

Finder grew up in a nice middle class neighborhood. When the Germans invaded Poland in September 1939, life as Finder knew it was upended. Nazi troops forced Jews like Finder and her family to move into the ghetto, isolated from the rest of the city. As prejudice, fear, and intolerance began to seep into daily life, it was not uncommon for former neighbors to turn a blind eye to what was happening to their Jewish community members and friends. After Finder's family relocated, the Gestapo came for her father, taking him away-he never returned. Eventually, the SS evacuated the ghetto, ordering all of its residents to move up the hill to the Plaszow work camp.

Finder was a fortunate one. For six months, she and her mother were Schindlerfrauen-women who worked at Emalia, an enamel kitchenware and ammunition factory owned by the German industrialist Oskar Schindler. Unlike other businessmen, Schindler did not take advantage of slave labor in the SS camps or mistreat his workers. Instead Schindler, a non-Jew, did everything in his power to provide the Jews that labored in his factory with sufficient food and accommodations.

In 1944, when Finder was 13, the SS ordered Schindler to shut down Emalia and ordered the women working there to be sent to the Auschwitz-Birkenau concentration camp.

Aware of what would happen if his laborers moved to Auschwitz, Schindler negotiated with the SS and was able to relocate his factory to Brunnlitz, Czechoslovakia. He wrote out a list, which became known as Schindler's List, with the names of former workers who should be kept off the trains headed to Auschwitz. Finder's name was on the list and, along with her mother and thousands of other Jews, she traveled to Brunnlitz to work at Schindler's new plant. 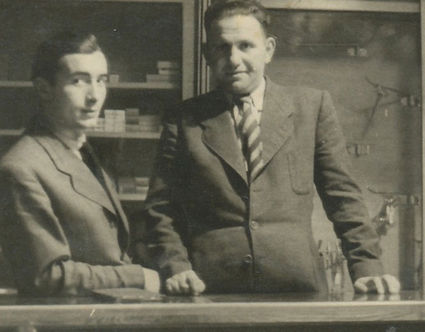 After the Russians liberated Brunnlitz in May 1945, Finder and her mother went to live in the Bindermichal Displaced Persons camp. This is where she met Mark Finder, her future husband.

Mark Finder was being paid in the form of food rations by the American military to translate German to English. Early on at the camp, three beautiful teenage girls came to see the cans of fruit, ham and eggs that Mark had received as payment. One of them was 16-year-old Rena Ferber. They fell in love and married a year later.

In 1948 she and Mark received visas to move to the United States.

Today Rena lives in Framingham, Massachusetts, with Mark. She has three daughters: Marilyn, Debbie and Anita. Anita passed away in 1990. Rena is also the proud grandmother of six.

For more information about the event with Rena Finder at Chabad, and to reserve seats, visit http://www.JewishNorthOrlando.com or call 407-636-5994.