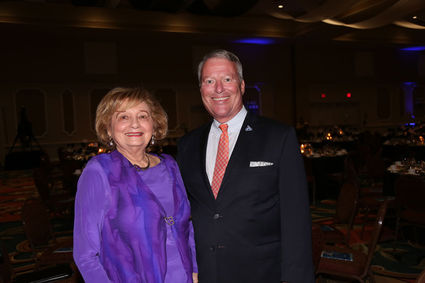 The Holocaust Memorial Resource and Education Center's annual Dinner of Tribute recognized Orlando Mayor Buddy Dyer for his advocacy and commitment to better the lives of all of Orlando's citizens. The award and its purpose were explained by the Holocaust Center's Executive Director Pam Kancher and Board President Mark Freid.

Mayor Bill Frederick introduced Mayor Dyer and recognized his effective response to the 2016 Pulse Nightclub shooting. Other highlights of the evening included performances by local actors and the Orlando Gay Chorus. In addition to honoring the mayor, the dinner served as a fundraiser for the Holocaust Center so it can continue to serve the community through programs such as its bullying prevention initiative, Upstanders, alongside its varied and diverse cultural season. Over $378,000 was raised for the Center and its mission to create a more caring and just society.