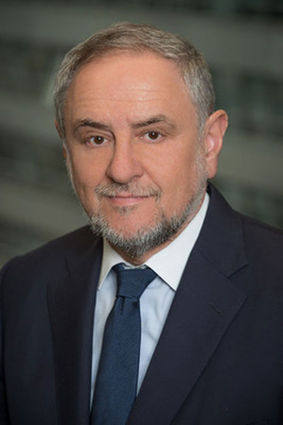 I read this recently in the World Jewish Congress digest and pass it along to you. Warning: It is upsetting to read but as Jews, we must keep our eyes wide open:

"WJC CEO ROBERT SINGER expressed concern after an annual neo-Nazi rally known as Lukovmarch proceeded as planned recently in Sofia, Bulgaria, despite a ban issued by Mayor YORDANKA FANDAKOVA. "While we welcome the mayor's ban this year on the rally, we are distressed that even that declaration of authority could not put a stop to such a display of hatred and anti-Semitism," Singer said.

For 14 years in a row, neo-Nazis have marched unabashedly and unfettered through the streets of Sofia. For 14 years, the Organization of the Jews in Bulgaria, 'Shalom', has done everything in its power to sound the alarm against this dangerous manifestation of the same anti-Semitic expressions that brought about the near destruction of European Jewry. And for 14 years, this march has been sanctioned despite all efforts to stop it, on the grounds that the marchers were careful not to exhibit overt Nazi, anti-Semitic or fascist symbols.

On any Tuesday beginning at 1 p.m., you can find the Senior Lounge at the JCC filled with 39ers playing their favorite games.

Try your hand at mahjong, dominoes, canasta, pinochle and bridge. Or if you prefer, introduce your favorite game. You can organize your own table with other 39ers. Just tell co-presidents, RUTH BILLIE GOLDHAR and LILLIAN BERKOWITZ.

(Gee, I don't know any of these games... but I do love parachute jumping!)

On Sunday, July 30th, the Altamonte Chapel presents Altamonte Jazz with emcee, ALAN ROCK. The entertainers that day are very special indeed! MICHAEL KRAMER and friends will be the offing. (I love Michael's piano playing. He is the best!) With Michael will be his equally talented son, BEN KRAMER on bass, fabulous TRACY ALEXANDER on drums, and special guest, the great PAUL SCAVARDA on guitar.

And more about jazz...

On Thursday, July 13th, The Professors of Jazz will perform at the Dr. Phillips Center for the performing Arts, beginning at 7 p.m. This will be a jam session and a concert.

Two terrific (and good looking) guys are servers at the Outback Restaurant on Aloma Avenue in Winter Park. They are JONATHAN MARTIN and JERAMY GENIER. They were both terrific, efficient and so very polite... and they didn't flirt with me darn it!

(I got this joke from our own Alan Rock on Facebook. Not only is he a talented musician, radio host and emcee of Altamonte Jazz, he is also very funny!)

A husband lays dying, his wife by his bedside.

He says in a weakened voice "There is something I must confess."

"Shhhhh," said the wife, "there is nothing to confess." She holds his hand and caresses his head. "Everything is all right," she whispers.

"I know," she whispered, "That's why I poisoned you. Now close your eyes."