Federation kicks off season of sharing the love 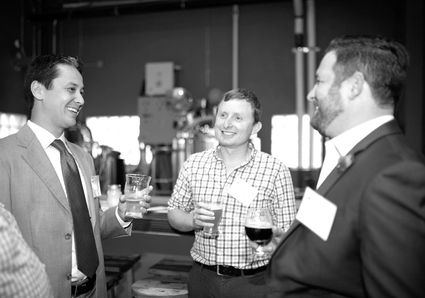 (L-r), Ming Marx, Alan Mirelman and Jack Cook share a laugh during the Cardozo Legal Society Happy Hour at the Bear and Peacock Brewstillery in Winter Park on June 19.

The Jewish Federation of Greater Orlando's "Summer of Love" has arrived.

The season of saying "thank you" to the local Jewish community kicked off June 19, ushering in a full week of activities involving Federation staff, volunteers and friends.

That evening, local Jewish law professionals gathered for a Happy Hour at the Bear and Peacock Brewstillery in Winter Park. The event was organized by Federation's Cardozo Legal Society.

On June 20, visitors to the Maitland Jewish Community Campus were treated to Chloe's fruit pops, a sweet and welcome respite from the summer heat. Federation staff distributed nearly 300 of the cool treats. 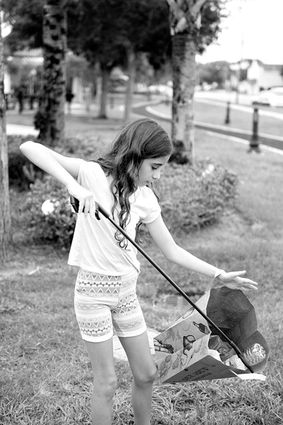 Federation enlisted the help of young adults and families later in the week for two successful community mitzvahs. On June 22, Federation's Our Jewish Orlando (OJO) sponsored a Sunset Mitzvah lake cleanup at Lake Killarney in Winter Park. Volunteers braved scorching afternoon temperatures to clean up the lake on paddleboards. The mitzvah was followed by an OJO Torah on Tap mixer at the nearby Shake Shack. On June 25, it was the children's turn to give back to the community as they took part in the 2nd Annual Tikkun Olam Park Cleanup at Fort Mellon Park in Sanford. Nearly 70 moms, dads and kids were part of this very special mitzvah.

Summer of Love activities will continue throughout July and August, wrapping up with the Federation's 2017 Annual Meeting & Picnic on Aug. 27. Other events include a July 27 OJO Torah on Tap at The Imperial and an Aug. 6 pool party at The Roth Family JCC that is co-sponsored by Federation's PJ Library Orlando and The Roth Family JCC.