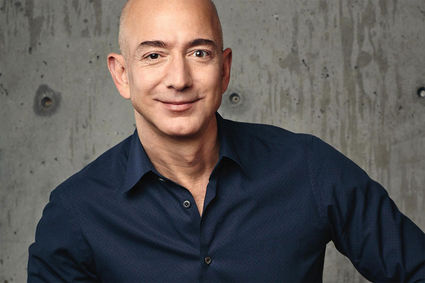 I received this information in the current World Jewish Congress (WJC) digest and pass it along to you:

World Jewish Congress CEO ROBERT SINGER thanked Amazon CEO JEFF BEZOS for removing several Holocaust denial books flagged by WJC on multiple occasions since 2013 as being in violation of Amazon's guidelines prohibiting the sale of material that 'promote or glorify hatred.' In a letter to Bezos, Singer offered the WJC's assistance in helping to identify and flag other offensive material in similar violation of Amazon's standards.

"On behalf of the more than 100 Jewish communities affiliated with the WJC, I want to thank you and the staff at Amazon for removing the three Holocaust-denial books that my organization brought to your attention in a series of recent letters," wrote Singer.

The three titles that you removed... "Holocaust: The Greatest Lie Ever Told," by Eleanor Wittakers; "The Hoax of the Twentieth Century: The Case Against the Presumed Extermination of European Jewry," by Arthur R. Butz; and "Did Six Million Really Die?" By Richard Harwood... are blatantly anti-Semitic works penned by some of the most notorious bigots of our time, and we commend you for recognizing the potential harm of enabling their accessibility on Amazon. Singer continued:

"We are also gratified to note that Amazon has removed numerous other Holocaust-denying items from its website. It is encouraging to know that Amazon is endeavoring to enforce its own standards and guidelines prohibiting the sale of material that promote or glorify hatred, violence, racial, sexual or religious intolerance," he said.

The Jewish Federation Mensch of the Month...

I read this in the Jewish Federation newsletter and pass it along to you:

"When ERIC ADELSON, a Yahoo Sports writer and Orlando resident, learned that the nonprofit Diaper Bank of Central Florida was running low on inventory, he took the lead and enlisted the assistance of our local Jewish community-with impressive results!

Eric came up with the idea for a Jewish community diaper drive and contacted the Jewish Federation of Greater Orlando to co-organize it. The Federation's Jewish Community Relations Council partnered with The Roth Family JCC's Richard S. Adler Early Childhood Learning Center, resulting in more than 2,000 diapers donated by generous ECLC families. In addition, the women who were part of JFGO's 2016 JWRP Momentum Trip collected 2,000+ more diapers! That effort was led by DANA MEYER.

Eric, a member of Congregation of Reform Judaism, personally picked up all of the thousands of donated diapers from various points in the community and delivered them to the diaper bank.

Interested in donating? You can drop off clean, unused diapers of any size at The Roth Family JCC's front desk. Eric will pick them up for delivery to the diaper bank!

(Eric is a truly wonderful and caring person!)

The Boa Belles of the Red Hat Society will be celebrating a belated Fourth of July at Victorio's Oyster Bar and Grill on Thursday, July 20th at 12:30 p.m.

RSVP to VERLIE NORRIS at vnorris@gmail.com no later than July 17th.

A double feature at the JCC...

A Double Feature movie event has been scheduled for Sunday, July 16th at the JCC in the Senior Lounge. The first film, "A Majority of One" which features Rosalind Russell, begins at 11 a.m. followed by lunch. The second movie is "Catskills on Broadway" with Freddie Roman. Only 40 reservations can be taken. For information, 407-699-0956.

On Monday, July 17th, SHELDON BROOK will show the Marvin Hamlish Video part 11, "What he did for Love."

Attention music lovers. This is a MUST see!!

(Those who saw part 1 know what I mean.)

Waitress EILEEN HARDING went "above and beyond" to serve an entire group of us at the Steak 'n Shake on Semoran Blvd., just south of Aloma Avenue, Winter Park.

She was cordial and efficient and so was her wonderful manager, RICHARD BLOOM, just one of the nicest guys you would ever want to meet... and I did! 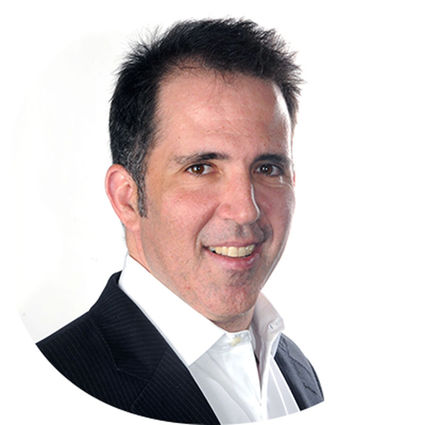 Sadie, an elderly lady, is sitting in a restaurant in Orlando sipping her tea. Next to her, three nuns were discussing where to go on holiday. The second nun says to Mother Superior "Let's go to Jerusalem."

"No," says Mother Superior, "there are too many Jews there."

"No," says Mother Superior again, "also too many Jews there."

Yet again Mother Superior replies, "No, too many Jews there too."

She leans over and says to them, in a thick, loud Yiddish accent, "Vell, vhy don't you go to Hell, dere are no Jews dere!!!!"