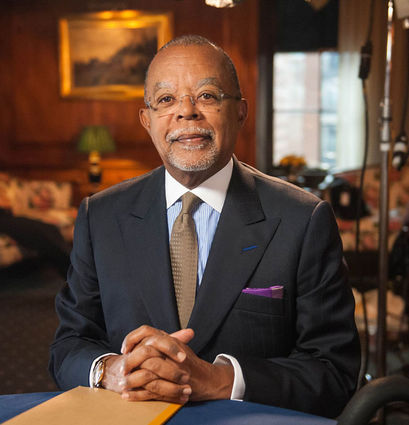 Next week, July 23 to 28, a thousand or more avid Jewish genealogists will gather for the annual International Association of Jewish Genealogy Societies conference at the Swan Resort in Orlando. Attendees are in for a special treat. The Thursday night banquet speaker is Harvard Professor Henry Louis "Skip" Gates, host of the widely popular Public Broadcasting Association television show, "Finding Your Roots." His topic is "Genealogy and Genetics in America."

Gates and I both spend our summers on Martha's Vineyard and I caught up with him a few days ago to talk about the event. A devoted genealogist since childhood, Gates married his hobby to genetics back in 2000 when a Howard University professor invited him to participate in a DNA study of black men. "I jumped on it," Gates explains, claiming that his is probably the "most studied" DNA of anyone.

A few years later, the PBS invited Gates to host a program on African America genealogy. The show was a big hit, but one day Gates received a letter from a Jewish woman who accused him of being a "racist."

"Me, a racist?" Gates laughs incredulously as he explains that the woman, of Russian-Jewish descent, wanted to know why he didn't interview any people like her. Gates thought she had a good point.

"We should do white people," he told his Coca Cola sponsor, and the show evolved into "Faces of America" with participants from all ethnic backgrounds. The title became "Finding Your Roots" when someone claimed prior ownership of the title "Faces of America."

Today, the show has a weekly viewership of more than three million people with a list of 70 celebrities scheduled to appear, and PBS has signed up for another year. Jewish genealogy has been a prominent aspect. Harvard law school professor Alan Dershowitz, actor Dustin Hoffman, songwriter Carole King and playwright Tony Kushner have appeared. Senator Bernie Sanders and Larry David will appear in the same episode this coming year. Also on the schedule are Vineyarders Carlie Simon, Ted Danson and his wife Mary Steenburgen.

"How do you know that the people you choose will have an interesting family history?" I wanted to know. "Everyone does," Gates replied. "I have seen the most successful, prominent men and women break down in tears at the sight of a grandparent's immigration arrival record, or other similar document."

Many Jews remember Gates favorably, however, for something that predates his television show-his 1992 New York Times op-ed piece denouncing black anti-Semitism. Titled "Black Demogogues and Pseudo-Scholars," Gates wrote, "During the past decade, the historic relationship between African Americans and Jewish Americans-a relationship that sponsored so many of the concrete advances of the civil rights era-showed another and less attractive face." "I knew that the article would anger some people. What I didn't expect were the death threats I received," Gates noted.

"Because it was important for those who love truth and justice to speak up," he replied.

Today Gates and another Harvard professor, Lawrence Bobo, teach a course titled "Introduction to African-American Studies," which, among other things, explores two streams of virulence, anti-black and anti-Semitic.

In the course of his research, Gates became acquainted with the research of Sarah Nadia Lipes who has embarked on a program to index archival records of the Jews of Kiev province. Professor Gates is donating his conference honorarium toward her efforts.