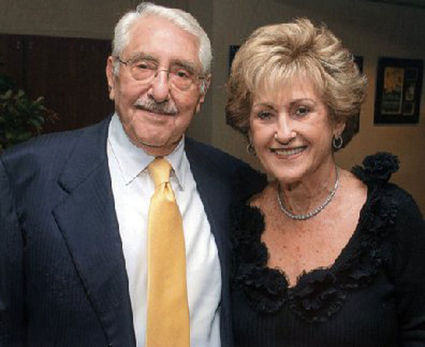 Lester Mandell, a leader and pacesetter in the Jewish community, died on Thursday, July 27, 2017. He was 96 years old. Mr. Mandell, with contemporaries Hy Lake, Lester Zimmerman and John Lowndes, is a household name in both the construction industry and the Jewish community. In fact, Mandell has worked in the construction business for more than 80 years-starting out in Miami building houses for 37 cents an hour.

He and his wife, the former Sonia Margolis, met each other in Miami at a "No Names" group meeting in 1947. Within six months, they married. She was the love of his life and he was her knight in shining armor. Together they have been instrumental in the success of many projects in the Jewish community.

The couple moved here in 1958 and along with Hy Lake (who moved here from Miami as well) started his construction business in Central Florida with the Sky Lake subdivision off of Sand Lake Road in south Orlando. Their friendship went back to World War II when they served together as tech sergeants.

Joined by Zimmerman, Lowndes and Jack Lazar, Mandell launched the Greater Construction Company in 1965. State Roads 436 and 434 are dotted with communities Mandell had a hand in creating-Somerset, Sausalito Shores, Carriage Hill, Wekiva Hunt Club, The Woodlands, Peppermill and many other subdivisions.

The business' success enabled Mandell to give generously to the Jewish community and also allowed Sonia to become very active in various areas within the Jewish community. Together, the couple garnered many awards including the JNF Tree of Life award, JFGO's Giborim Award, and State of Israel Bonds honorees.

Personal friend U.S. Senator Bill Nelson told the Orlando Sentinel, "Lester was... one of Central Florida's pioneer homebuilders who did so much for his community. He leaves a great legacy of integrity in business and loyalty and love for his family and friends."

The best description of Mr. Mandell's life is written in his favorite song, Frank Sinatra's "My Way":

I've lived a life that's full; I've traveled each and every highway. But more, much more than this, I did it my way.

Lester Mandell was a great storyteller, and he has left to his wife, Sonia; sons, Robert and Richard; daughters, Alison Knapp and Aimee Lewis; eight grandchildren; five great-grandchildren and extended family, many wonderful stories of his life "all wrapped up in a bow," as one daughter expressed at his funeral service.

Lester Mandell's funeral was held last Sunday at Congregation Ohev Shalom. It was livestreamed and can still be seen at ohevshalom.org.